Continuing their ongoing efforts to limit the Ethereum mining performance of their GeForce video cards – and thus make them less enticing for miners – NVIDIA today has announced that they are bringing their cryptocurrency hash limiter to additional GeForce cards. Already a fixture on the vanilla GeForce RTX 3060 since its launch, NVIDIA has begun incorporating their hash limiting technology and its associated security stack into newly manufacture red GeForce RTX 3080, 3070, and 3060 Ti cards. The new cards will appear on shelves later this month, and will carry the “LHR” branding to differentiate themselves from the first-generation, unthrottled cards. 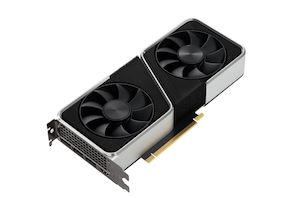 Launching This Week: NVIDIA’s GeForce RTX 3060 Ti, A Smaller Bite of Ampere For $400

After a short holiday break, NVIDIA’s gradual rollout of their Ampere family of GeForce video cards is resuming this week with the launch of the GeForce RTX 3060 Ti...