Announced a couple of weeks ago, the new AMD Ryzen 3000XT models with increased clock frequencies should be available today in primary markets. These new processors offer slightly higher performance than their similarly named 3000X counterparts for the same price, with AMD claiming to be taking advantage of a minor update in process node technology in order to achieve slightly better clock frequencies. 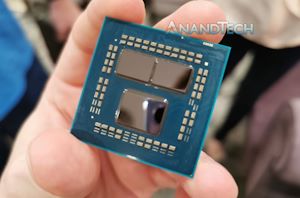 One of the more frequent rumors in recent weeks has been that AMD would have some new Ryzen 3000 processors to launch. Today AMD is announcing three new processors...