Due to the more closed nature of Windows Phone, I can’t do much poking around to find detailed information on the cameras in the Lumia 640. The information that I have been able to collect is organized in the chart below. The main omission is the sensor manufacturer, which I would suspect is Omnivison or Toshiba, but I can’t say for sure exactly what it is.

On paper, the Lumia 640’s camera hardware is better than a lot of other devices at this price point. I recently reviewed the 2015 Moto E, and on paper the Lumia 640 has higher resolution cameras with larger sensors on the front and back, and the front camera has a significantly wider aperture. While the specifications of the camera sensor and lens aperture hardly tell the whole story when it comes to image quality, they definitely put the Lumia 640 in a better position when it comes to sharpness and low light performance. 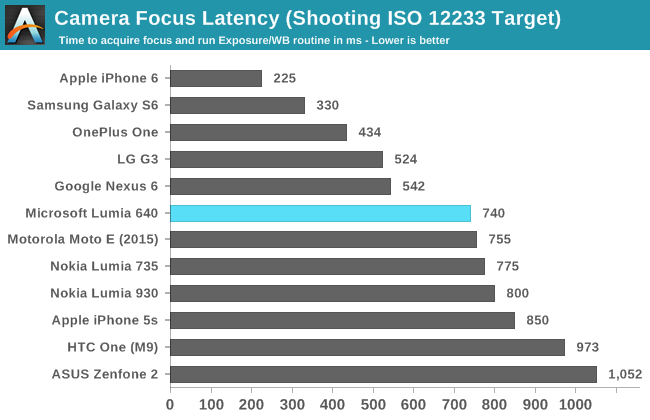 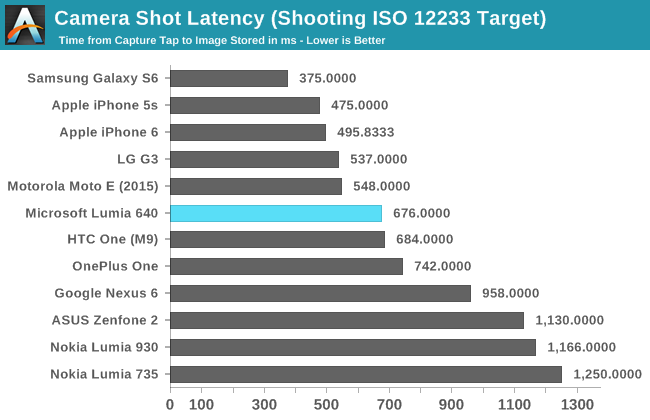 The focus time on the Lumia 640 sits right in the middle of our comparison results. It’s slightly faster than many other devices that don’t have PDAF or laser based autofocus, but it’s not as fast as phones like the Nexus 6, and not near as fast as the iPhone 6 and Galaxy S6 with their PDAF. Shot latency is also right around the middle, and while there is a tiny bit of a delay between shots, I never felt like I was kept waiting for an unreasonable time when trying to take several photos quickly.

A device’s camera application has a big impact on the user’s experience when taking photos or shooting video. If the camera preview is cropped or badly scaled then it’s difficult for the user to gauge what their photos will look like. A high resolution preview and an accurate aspect ratio are necessary to frame and compose photos properly. For quite some time I’ve heard great praise for the Lumia camera application interface and the manual controls that it offers, so I was excited to have a chance to try it in depth. 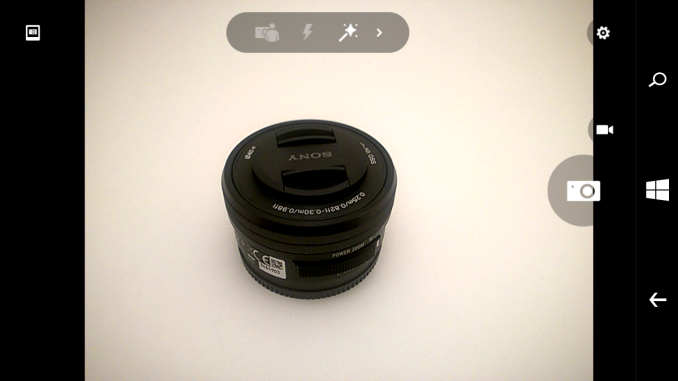 Upon first opening the Lumia Camera app, I felt like the interface was fairly organized and well laid out. It was immediately obvious that tapping the right-facing arrow in the menu at the top would reveal more controls, and that hitting the gear in the upper right would show me options. Having a button to instantly record video is also very handy. The camera preview would definitely be improved if it were higher resolution, but this is mostly a limitation of the ISP so there's not much that can be done.

Once I started trying to use the manual controls I was very happy that the app uses what is basically a dial interface to make adjustments. It reminds me a lot of the control dials on a real camera, which is a good design decision, as anyone interested in these controls probably has prior experience with photography. 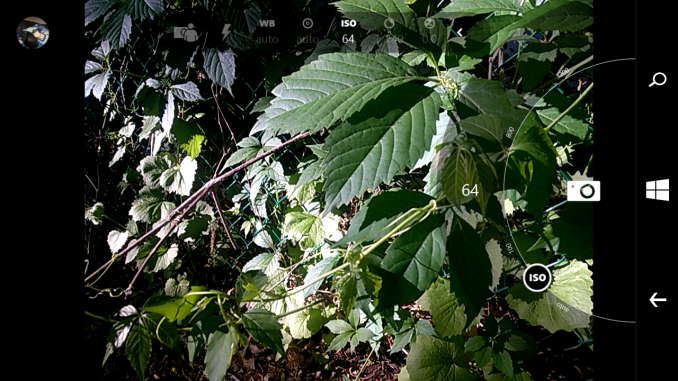 Unfortunately, I very quickly ran into a number of issues with the manual controls on the Lumia 640. The first problem was that I seemingly could only adjust one option at a time. While this is a common limitation of smartphone camera interfaces, it was very annoying because you had to continually move your thumb between the control wheel and the menu at the top. This is a much less ergonomic and more time consuming method of adjustment than something like ASUS’s camera interface where the menu for selecting each control and the menu for performing adjustments are beside each other. 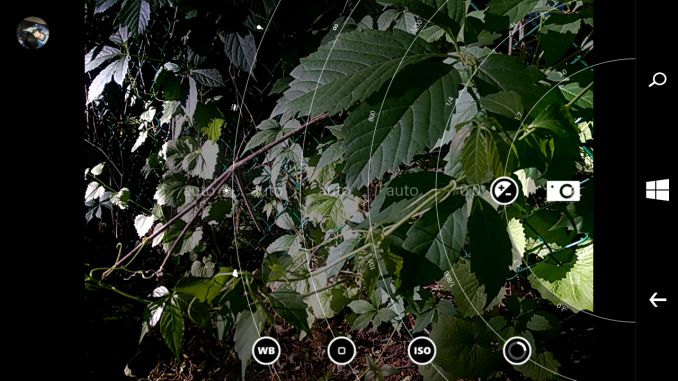 After asking people who were more familiar with Windows Phone, I was told that you can pull outwards on the shutter button to bring up every control at once. I have two issues with this gesture. The first is that it’s not obvious at all. The only way I was able to find it was because I was told by another person, and that alone is a pretty massive design failure. My other issue is that it doesn’t directly solve my problem. I want the settings and the menu for adjusting them to be adjacent, not a giant menu of controls covering up the camera preview. 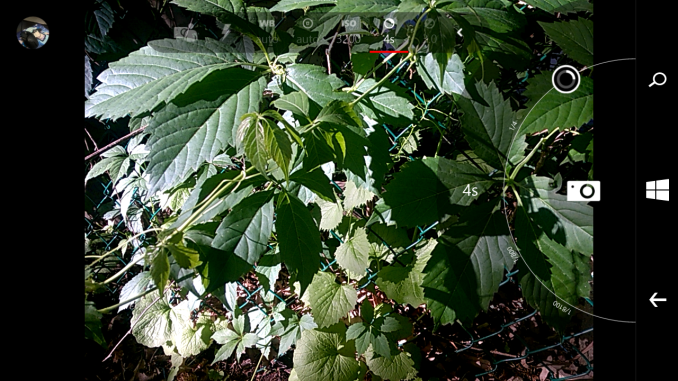 The fact that you wouldn’t be able to see the changes you’re making reflected in the preview because it’s covered by semi-opaque menus would be a big issue if it weren’t for an even bigger problem with the Lumia Camera application. The biggest issue of all is that camera preview does not change to reflect adjustments to ISO and shutter speed. At first, I had assumed my device was suffering from a bug, but after doing some troubleshooting I asked our editor Brett Howse to confirm that his Windows Phones behaved the same way. When he confirmed that they did I really didn’t know what to say. Having manual camera controls that aren’t reflected in the camera preview makes them essentially unusable. While changes to white balance, brightness, and focus do show up in the preview, your adjustments to ISO and shutter speed do not. This means that you have no visual idea of what the exposure of your photo is going to be.

I wasn’t near as impressed with the Lumia Camera application as I had expected to be based on what I had heard about how camera-centric Lumia devices are. While the interface for auto mode is fine, it’s basically impossible to mess that up unless you're trying to. The manual controls aren’t implemented in a very obvious and accessible manner, and the most important ones require you to just pray that the exposure meter is accurate, which ruins the entire concept of having full control over how your photos turn out.