Microsoft Details Improvements To The Windows Store For Users, Businesses, And Developers 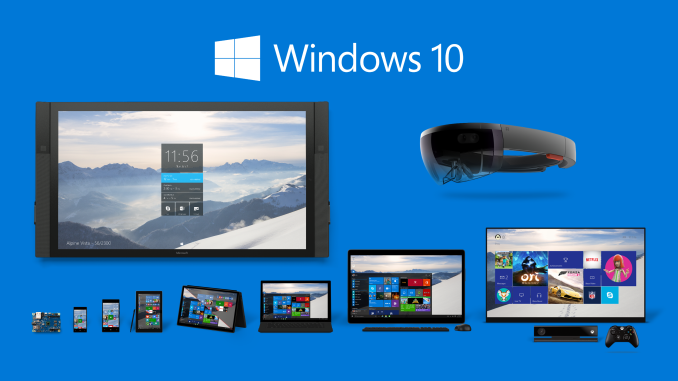 The Windows store was a large area of focus during today's Microsoft BUILD keynote. As Microsoft expands Windows across multiple platforms and devices, part of their strategy has been enabling developers to make universal applications that will run on all Windows 10 devices. It follows that a store to distribute these applications also exists across all those devices, and so the Windows Store will be a very important area of focus for Microsoft.

For end users, one of the new capabilities that Microsoft is touting is the wide range of options for billing. According to Microsoft, they have the larger carrier billing network of any ecosystem, with 90 carriers supported worldwide. This is a very key feature for enabling purchases in areas of the world where it is uncommon for a user to have a credit card or access to online payment services like Google Wallet and PayPal. Microsoft is also making note of how applications downloaded from the Windows Store are easy to install and uninstall, and are free from the issues like files left after uninstallation that have plagued some Windows programs for years.

For businesses, Microsoft is allowing company system admins to highlight and distribute apps in the Windows Store to employees using Windows Phone devices. Support for payment methods that are unique to businesses such as purchase orders is also being enabled. 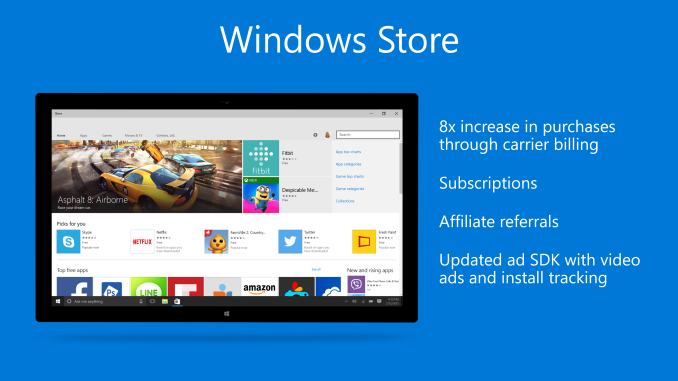 For developers, Microsoft is highlighting a number of new features. Carrier billing is again mentioned, as it allows for developers to target a greater market of people with paid applications. Microsoft is also updating their advertising SDK to support video advertisements and tracking app installs. Support for subscriptions that can be bought via in-app purchases is also being added for applications on the Windows Store.

One final point about the Windows Store that will benefit developers is the new ability to bring .NET and Win32 applications into the store. These applications will be run sandboxed to allow for the same ease of installation and use as current applications in the store, and Microsoft has partnered with Adobe to bring Photoshop Elements to the store as an example of how other developers can do this with their existing applications.