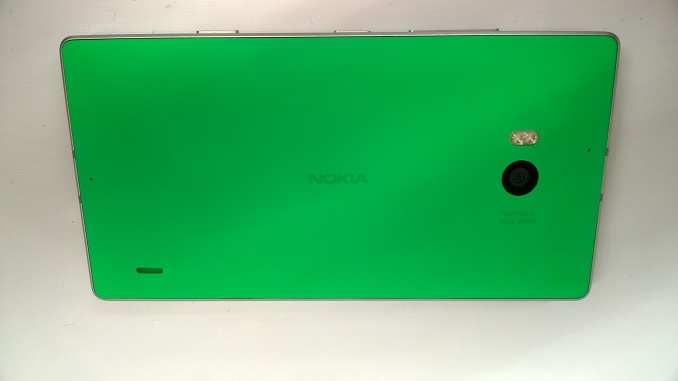 Last night I got a chance to meet with Juha Alakarhu, head of the Lumia Imaging technologies, to get a demonstration of the updated Lumia Camera app that will be coming soon. The new app will be enabled by the Denim firmware update, but due to the ISP requirements it will only be available on the Nokia devices that shipped with the Snapdragon 800 series of SoC, which is the Lumia 1520, and the Lumia Icon/930 at the moment. Some of the changes are pretty dramatic, so hopefully some parts of the new app will be available to the Snapdragon S4 and 400 devices as well.

The first major change is the camera startup time. When Windows Phone was first launched, one of the features touted was “pocket to picture” with the dedicated camera button. As time has gone on, the camera button is no longer a requirement, so this has fallen off a bit to the detriment of the platform. But an even larger issue on the Nokia Camera app was how long it would take to be ready to take a picture. For example, with the Lumia 735, launching the Lumia Camera app takes about 4 seconds or so to load and be ready to take a photograph. Juha discussed how Microsoft has worked to create a camera app that can load almost instantly. On the updated Lumia 930 with Denim, launching the camera app now takes around a second. I don’t have my equipment in Vegas to do a time lapse and get the exact amount of time, but pressing the camera button on the phone has the camera app ready to do almost instantly. I cannot imagine that these changes will not be made available to all of the Lumia phones, as any more efficient code is going to be even more pronounced on the slower processors of those devices.

Microsoft also reworked the algorithms on the image quality side, as they tend to do. Although I do not have an older 930 to test with anymore, they did have some side by side comparisons with the old algorithms and the new ones, and the image quality is even better than before.

Another area where Microsoft has and Nokia have both been missing a major feature compared to their rivals is in the area of High Dynamic Range (HDR). HDR has been an option on Android and iOS for a long time, and with the relatively limited dynamic range of smartphone camera sensors, many people really like the extra pop that HDR can bring to an image. The HDR on the Lumia is not just a standard HDR though. Microsoft is calling their implementation “Rich Capture” and it covers a couple of features in addition to HDR. But the basic implementation is that like any other HDR setting, it takes several bracketing photos at different exposures and then merges them together to create a single image. The Lumia Camera implementation will allow you to customize the exposure after the fact by keeping all of the photos together, and you can adjust how much HDR you want to add to the image when you are done. It is a slick implementation, and the added customization is always welcome. 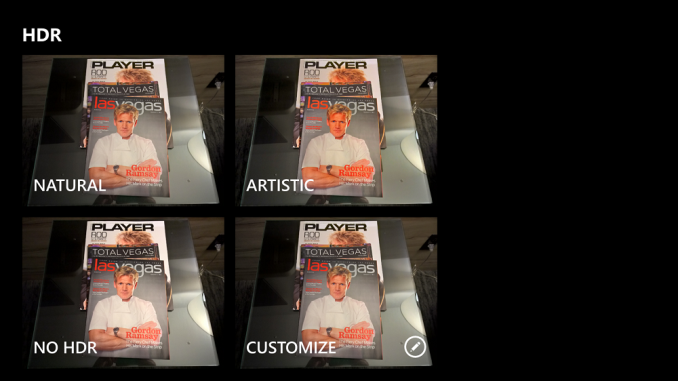 Likely the most impressive addition to Rich Capture though is a new feature that I believe is unique to Lumia called Dynamic Flash. With smartphones, the flash is almost necessary due to the small sensor size for any sort of low light imaging. With OIS and larger sensors and pixels on some of the phones, you can get away sometimes without using the flash except in the most extreme circumstances. Apple’s solution was to implement a dual flash, which adjust based on the scene. This requires a specific flash in the device though. The Lumia solution is that the camera takes two photos – one with the flash and one without the flash. It then blends them together to keep the shot from being blown out by the harsh LED flash. And the Dynamic name comes in because you can adjust the amount of flash in the image after the fact. Juha discussed how he likes to keep the flash on even for daytime shots now, just so that he can add a bit of sparkle to the eyes in his images. This is a fantastic addition and is really amazing to see for the first time. 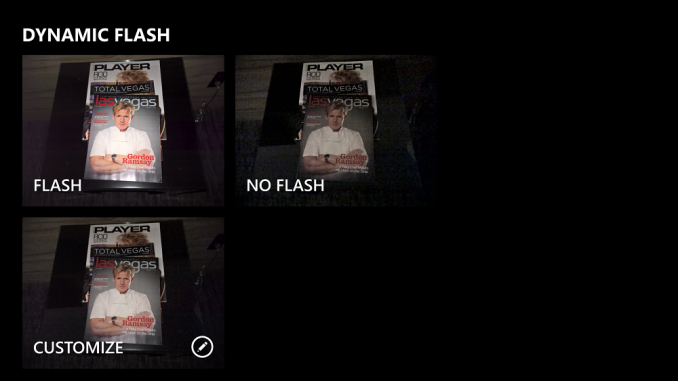 Another area where the Lumia camera fell short was in shot to shot time. Once again, I do not have all of my test equipment here so I will see how much of a difference they have made, but now they have changed the app to allow you to take a new photo while the last image is still being processed. Shot to shot is still not up there with an iPhone, but it does seem better overall. When I get back home I will test the new camera against the numbers from our 930 review and see what the increase is.

However, there is another solution to shot to shot time that has been added as well. The new Lumia Camera app now supports 4K video at 30 frames per second. 4K is about an eight megapixel image, so the app is now set up so that if you hold the shutter button, it will start recording at 4K. When you release the button, the recording stops. You can then open the video, and you have the option to choose the best frame from the video to use as a standalone image. The demonstration we were given was a skateboarder jumping over a person on a bench, and you could freeze the moment when the jumper was right at the peak of his jump. It is useful, although you are limited to the eight megapixel image even though it is a twenty megapixel sensor. Hopefully a future update supports full burst mode.

And although I have already given this away, the final update to Lumia Camera is the 4K video support. Initially, Microsoft had stated that this would be limited to 24 FPS but that appears to have changed and now it is offered in 24, 25, or 30 FPS. You can also choose 720p, 1080p, or 1440p in any of those framerates. In addition, the Lumia Camera app still supports 5.1 Dolby Digital surround sound recording for video with the 4 HAAC microphones. 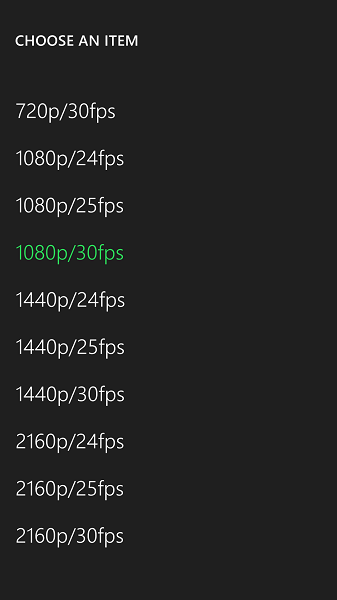 This is a fantastic update to the Lumia Camera, and one that was much needed. Some of the features will not be possible on the lower tier phones due to the ISP included, but hopefully the new processing algorithms and especially the startup time can be added. And just because people want to know, no, there was no discussion yet of a Lumia 1020 update.