The Athlon XP 1900+ is no different from the 1.33GHz - 1.53GHz CPUs that were launched in October other than an obvious boost to its clock speed. The processor now carries a fixed multiplier of 12.0x which is adjustable if you have the patience to connect the L1 bridges on the CPU and a motherboard that supports multiplier adjustment. 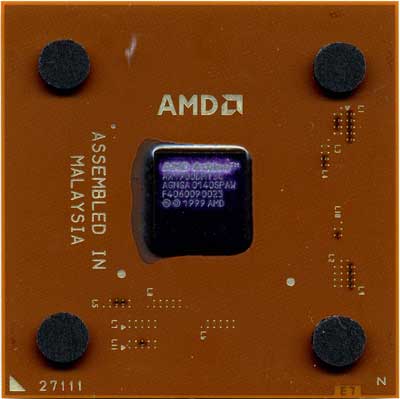 Because of the new organic packaging the two points that need to be connected on each "bridge" are separated by an actual indentation in the package; this indentation must be filled with a nonconductive material (for example, quick drying epoxy) before the connection between the two points on the bridge can be made. 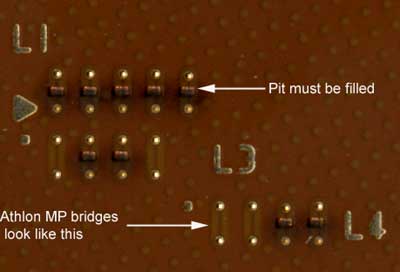 Athlon MP processors don't suffer this fate as their L1 bridges aren't completed but they aren't scored either. Unfortunately purchasing an Athlon MP processor instead of an XP model, although they are physically and architecturally the same, isn't too viable considering MP processors carry about a 30% premium over their desktop counterparts.

Since the XP core remains unchanged from its launch its features remain the same. We summarized these enhancements over the Thunderbird core in our original review as:

We have already covered all three of those improvements in great depth so rather than regurgitating them here we'll ask that you read our original overview of the improvements.

At the end of October AMD offered marginal price drops across their entire Athlon XP line of processors obviously to make way for the new 1900+. Today the street price of the 1900+ is close to what the price of the 1800+ was upon its launch. We have seen it selling for around $250 and we expect that price to fall as time goes on.