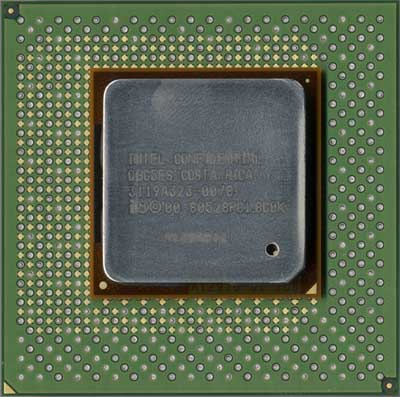 For more information on the Pentium 4’s architecture take a look at this one page description of all of the major points from our Pentium 4 1.7GHz Review.

Intel didn’t have to do anything special to the 1.8GHz part; it still runs at the same 1.75V core voltage as the 1.7GHz processor.  With the addition of the 1.6/1.8GHz parts, Intel’s Pentium 4 line now looks like this:

The two prices in bold are Intel’s official prices on 1,000 unit quantities for the CPUs while the rest are street prices taken from last week’s CPU & Video Card Price Guide.  These prices are without any bundled RDRAM; there are certain retail boxed processors that ship with either 2 x 64MB PC800 RDRAM RIMMs or 2 x 128MB PC800 RDRAM RIMMs however these prices are set by the dealers and not by Intel directly.

The pricing on the Pentium 4 line has become much more reasonable however everything faster than the 1.5GHz is already out of the range of the Athlon’s pricing.