With the backlight set to maximum in sRGB mode I measure 322 cd/m2 of brightness with a pure white screen on the UP3214Q. Setting the backlight to minimum results in a reading of 33 cd/m2. I could possibly use a different color preset to get a higher reading, but that usually means tinted whites and a loss of dynamic range, so I prefer to stick to the maximum value you would want in a real world setting. 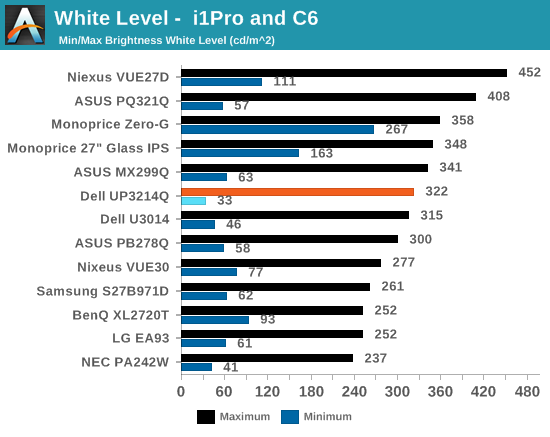 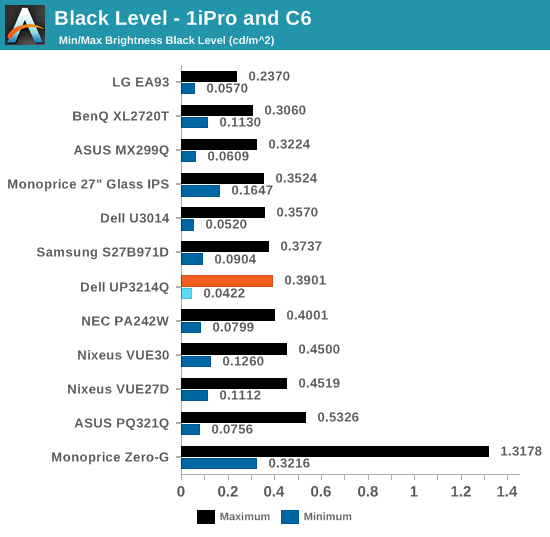 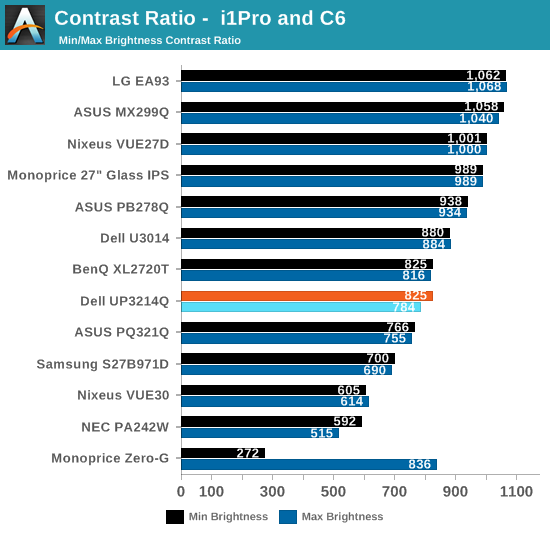 UltraHD displays are still lagging behind QHD displays when it comes to contrast ratio, as those are approaching 1,100:1 now. It isn’t bad, but it’s also an area that hopefully can improve over the next year or two as better panels become available.

As HPC Chip Sizes Grow, So Does the Need For 1kW+ Chip Cooling AT Deals: Logitech G300s Gaming Mouse at New Low Price $15