The architectural progression from Apple, ARM and Qualcomm have all been towards wider, out-of-order cores, to varying degrees. With Swift and Krait, Apple and Qualcomm both went wider. From Cortex A8 to A9 ARM went OoO and then from A9 to A15 ARM introduced a significantly wider architecture. Intel bucks the trend a bit by keeping the overall machine width unchanged with Silvermont. This is still a 2-wide architecture.

At the risk of oversimplifying the decision here, Intel had to weigh die area, power consumption as well as the risk of making Atom too good when it made the decision to keep Silvermont’s design width the same as Bonnell. A wider front end would require a wider execution engine, and Intel believed it didn’t need to go that far (yet) in order to deliver really good performance.

Keeping in mind that Intel’s Bonnell core is already faster than ARM’s Cortex A9 and Qualcomm’s Krait 200, if Intel could get significant gains out of Silvermont without going wider - why not? And that’s exactly what’s happened here. 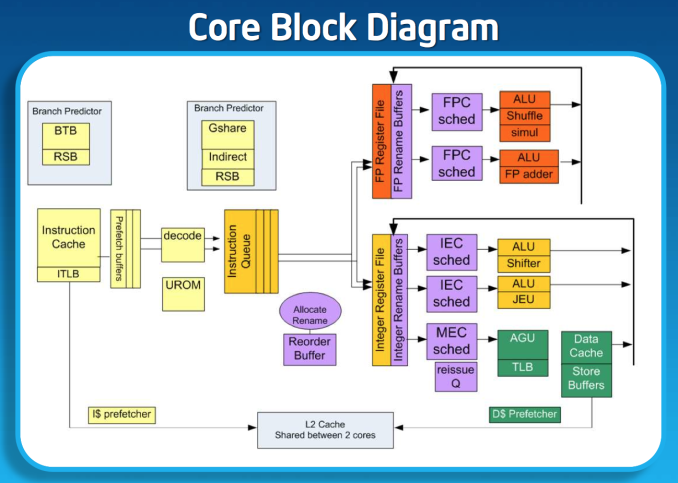 If I had to describe Intel’s design philosophy with Silvermont it would be sensible scaling. We’ve seen this from Apple with Swift, and from Qualcomm with the Krait 200 to Krait 300 transition. Remember the design rule put in place back with the original Atom: for every 2% increase in performance, the Atom architects could at most increase power by 1%. In other words, performance can go up, but performance per watt cannot go down. Silvermont maintains that design philosophy, and I think I have some idea of how.

Previous versions of Atom used Hyper Threading to get good utilization of execution resources. Hyper Threading had a power penalty associated with it, but the performance uplift was enough to justify it. At 22nm, Intel had enough die area (thanks to transistor scaling) to just add in more cores rather than rely on HT for better threaded performance so Hyper Threading was out. The power savings Intel got from getting rid of Hyper Threading were then allocated to making Silvermont an out-of-order design, which in turn helped drive up efficient use of the execution resources without HT. It turns out that at 22nm the die area Intel would’ve spent on enabling HT was roughly the same as Silvermont’s re-order buffer and OoO logic, so there wasn’t even an area penalty for the move. 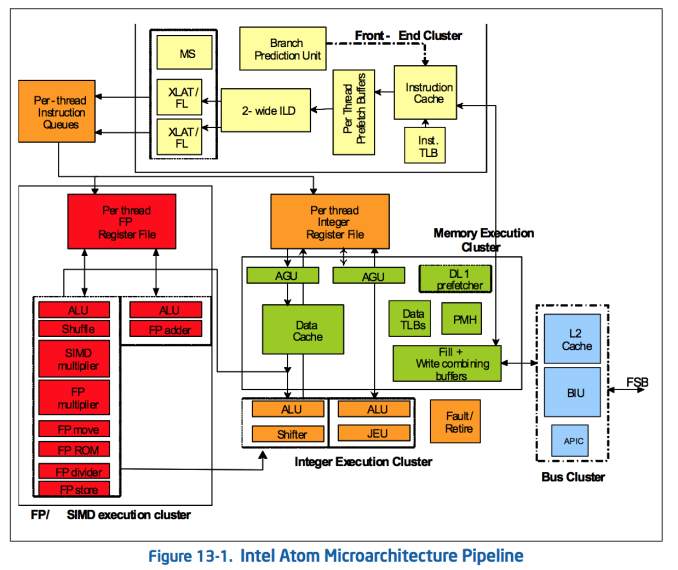 Remaining a 2-wide architecture is a bit misleading as the combination of the x86 ISA and treating many x86 ops as single operations down the pipe made Atom physically wider than its block diagram would otherwise lead you to believe. Remember that with the first version of Atom, Intel enabled the treatment of load-op-store and load-op-execute instructions as single operations post decode. Instead of these instruction combinations decoding into multiple micro-ops, they are handled like single operations throughout the entire pipeline. This continues to be true in Silvermont, so the advantage remains (it also helps explain why Intel’s 2-wide architecture can deliver comparable IPC to ARM’s 3-wide Cortex A15).

Silvermont includes a loop stream buffer that can be used to clock gate fetch and decode logic in the event that the processor detects it’s executing the same instructions in a loop. 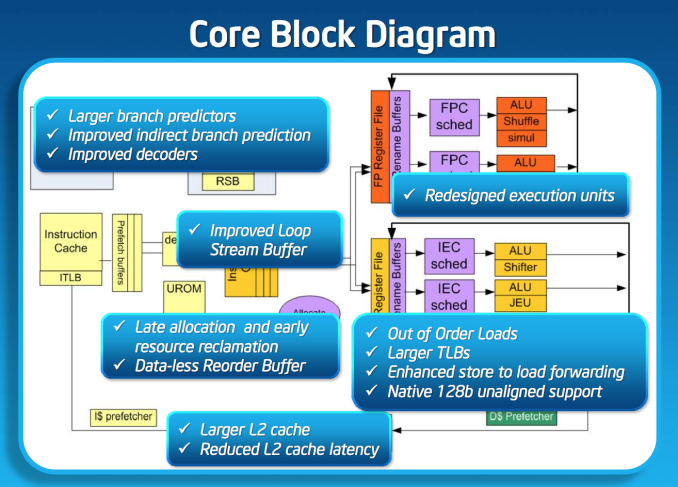 Loads can execute out of order. Don’t be fooled by the block diagram, Silvermont can issue one load and one store in parallel.