For the launch of the GTX Titan we refreshed our benchmark suite and swapped out several of our games for newer titles. At the time we opted to start with 8 games so that we would have the space to add more, as Titan was launching just ahead of the spring launch window for several major AAA titles. With the launch of the 7990 we’re finally rounding out the 2013 benchmark suite at 10 games with the addition of two more games: Bioshock Infinite and Crysis 3.

Bioshock Infinite is Irrational Games’ latest entry in the Bioshock franchise. Though it’s based on Unreal Engine 3 – making it our obligatory UE3 game – Irrational had added a number of effects that make the game rather GPU-intensive on its highest settings. As an added bonus it includes a built-in benchmark composed of several scenes, a rarity for UE3 engine games, so we can easily get a good representation of what Bioshock’s performance is like.

Our other addition to the benchmark suite needs no introduction. With Crysis 3, Crytek has gone back to trying to kill computers, taking back the “most punishing game” title in our benchmark suite. Only in a handful of setups can we even run Crysis 3 at its highest (Very High) settings, and that’s still without AA. For the purpose of our benchmark we’re playing a short game of follow the leader with Psycho in the game’s introductory level, Post-Human. The storm-battered scenario ends up being one of the most GPU-intensive scenes in the game, while simultaneously being relatively light when it comes to CPU usage.

First revealed last month, the Frame Capture and Analysis tool (FCAT) has significantly altered how we go about measuring the smoothness of video game rendering. By marking frames with a color strip and then analyzing recordings of the resulting output, we can tell just how far apart frames are when being displayed, and how much of a frame has been displayed.

Our goal with FCAT was to run an in-depth article about it shortly before the launch of the 7990 as a preparatory article for today’s launch. However like most ambitious goals, that hasn’t panned out. AMD of course is dropping new drivers for the 7990 – Catalyst 13.5b2 – but NVIDIA also dropped their new 320.00 drivers at the end of last week. As a result we’ve effectively had to rebuild our benchmark results in the last week, and throw out much of the old FCAT data we had already collected. Coupled with driver problems and a later problem with FCAT capture (which has since been resolved), and we’ve been left with plenty to do and not enough time to do it. 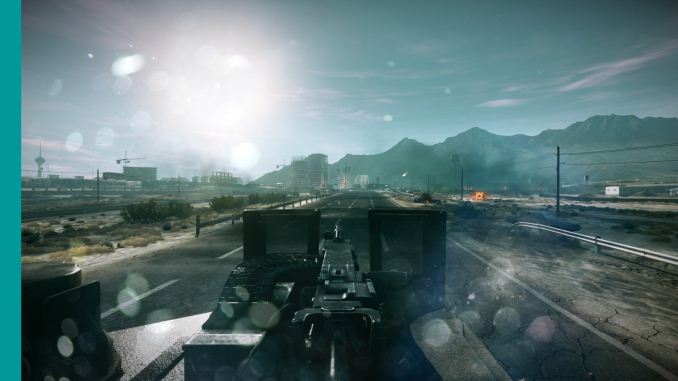 The end result is that we’re not going to have FCAT data for today’s launch, as there simply hasn’t been enough time to put it together. FCAT was specifically designed for multi-GPU testing so this is an ideal use case for it and we’d otherwise like to have it, but without complete results it’s not very useful. Sorry guys.

The good news is that this means we have (and will be compiling) FCAT results for our cards based on the very latest drivers. So we’ll get to the bottom of frame pacing on the 7990, GTX 690, and more with an FCAT article later this week or early next week. So please stay tuned for that.

On a side note, AMD is also sampling a very early preview of their new frame pacing optimized driver to the press for this launch. It’s based off of an older branch of the Catalyst driver set and AMD still has quite a bit of work to go until it’s in shipping condition. But for anyone wondering if AMD can put together a good frame pacing solution, things are looking good right now. We’ll have more on this, including some early results, in our upcoming FCAT article.

For the launch of the 7990, AMD is sampling the press with Catalyst 13.5b2. This is the driver from the next branch of the software, so it includes performance improvements for several games. We’ve seen improvements in DiRT: Showdown, Sleeping Dogs, and Hitman: Absolution, though until AMD publically publishes the driver and its associated release notes we don’t have a complete list of what games are impacted.

Meanwhile as previously mentioned, NVIDIA just released the first beta of their next branch too, R319. The 320.00 betas were released yesterday, and include performance improvements in DiRT: Showdown, Sleeping Dogs, Crysis 3, and several other games as listed in NVIDIA’s notes. Unfortunately these drivers have also turned up an issue in Battlefield 3 and SLI; terrain rendering isn’t working correctly, at least on our testbed. We’re still working with NVIDIA on this one as it looks to be a rare issue (no one else has reproduced it thus far), so for the moment we’re sticking with our 314.22 BF3 results.

On a final note, with our site design complete, GPU Bench 2013 is finally live. As always, you can find our latest GPU performance results in there and use those results compare the various cards we’ve benchmarked thus far.