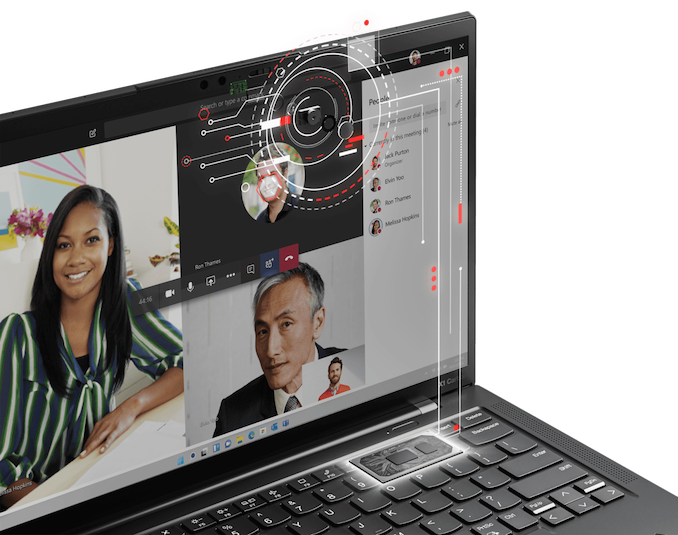 Over the last several years there has been a renewed push towards privacy features from the laptop industry. With the majority of PC sales being laptops, and battery life improving dramatically, use of laptops in public spaces for business use has increased accordingly. Quite a few business laptops now offer things like privacy shutters for the webcam, as an example, but much more can be done to protect business information from prying eyes in public. 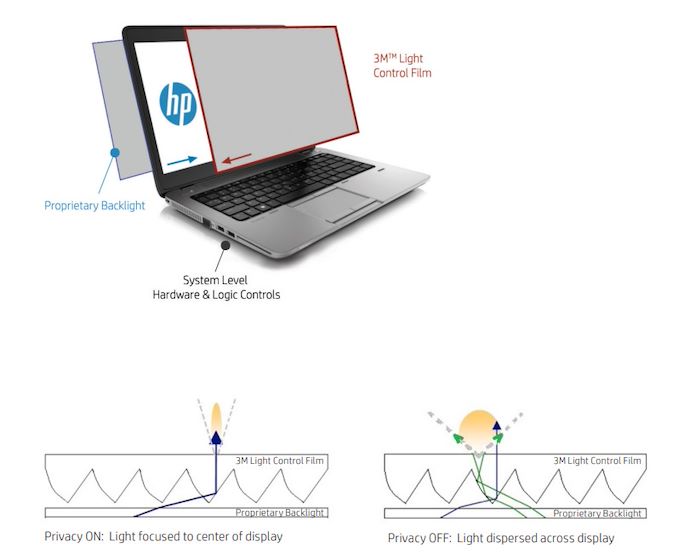 One of the recent solutions has been integrated privacy screens, which dramatically reduce the viewing angle of displays so that if someone attempts to glance over at your screen while you are working, they will see almost nothing. While a good solution, these privacy screens can impact the device usage as well to the detriment of the user experience, which is why, for example, HP’s Sure View integrated privacy screen can be toggled on and off.

A new solution has popped up this year at CES from several manufacturers, and that is to actively reject shoulder surfing by use IR cameras to detect unwanted eyes and then blur the display if they are detected. I remember first seeing Tobii Eye Tracking hardware and software at MSI’s booth at CES in, I believe, 2015. Tobii uses IR cameras to track eye movements, and at the time, was touted as a gaming feature. Tobii as a brand is still best known in the consumer space for their gaming efforts, but they are now partnering with MSI on their business lineup to provide Tobii Aware, which leverages the concepts of their gaming products for business privacy functionality.

With Tobii Aware, the laptop will be able to continuously provide authentication for the correct user, so if that user turns their head, the display will blur, then when they turn back, it will come back into focus. Presence detection is another feature that has become a focus, including in Windows itself, and the device can automatically lock itself if you step away. Tobii will also allow you to have either visual clues, or privacy screen activation or blurring if someone is trying to shoulder surf your work. 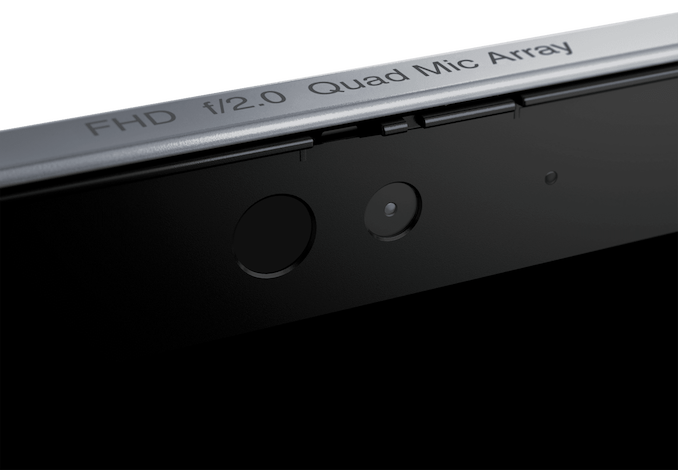 Tobii is not the only player in this space. Lenovo has partnered with Lattice Semiconductor to integrate FPGAs for Computer Vision into the new Lenovo ThinkPad X1 for presence detection, which will not only increase privacy and allow for more accurate screen unlocks – even with a mask on – but also is touted as a battery saving feature since the PC will only wake up when the right person walks up to it, and not just a pet walking by or someone else in the area. The ThinkPad X1 will also automatically dim the display when it is not being looked at, and as the display is the largest power draw in the entire system, it can further improve battery life. This is even more important for OLED displays which are becoming more common in the laptop space. 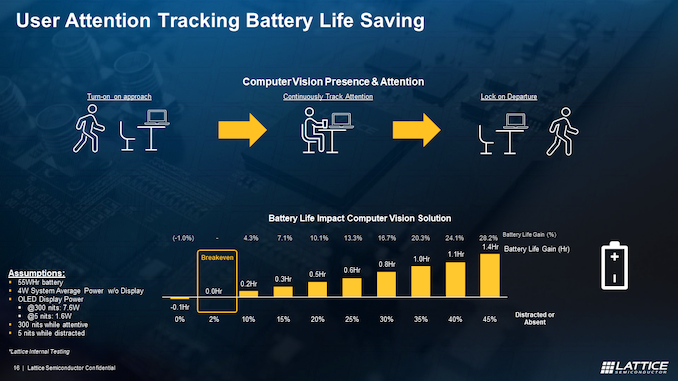 AMD is also in this game, partnering with a company called Eyeware to bring a downloadable application for Radeon users in the first half of 2022. The AMD/Eyeware solution is a little different, in that rather than using cameras to actively spot shoulder surfers, it's based around watching what the user is doing. Eyeware wants to use real-time eye tracking to determine what the user is looking at, and then blur/dim everything else, essentially fuctioning as a form of passive rejection of shoulder surfing.

While laptop privacy has certainly been an active development feature for several manufacturers over the last few years, there is little doubt that the current working environment, with the dramatic shift to remote work over the last two years, has pushed the idea of protecting business information further along than perhaps would have happened organically. With the data now being accessed out of the office with a much higher frequency, containing that data from curious eyes is most certainly something that all businesses would want. The new upcoming hardware and software combinations from several players should help to alleviate some of the concern, although of course the protection of business data is still, even with these protections, something that workers will need to be trained on.