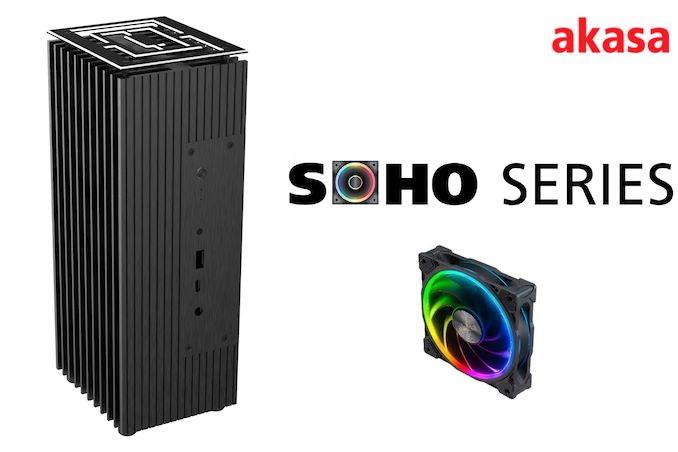 As part of the lead up to CES 2021, Akasa made a couple of interesting announcements related to its lineup of DIY fanless cases and a second family of RGB lighting accessories.

We have covered Akasa's Turing fanless cases in detail earlier - starting off as a complete reimagination of a fanless Bean Canyon NUC (delivering excellent results in our review), Akasa also created the Turing FX based on the same design for the Frost Canyon NUC. Now, they have set their sights on one of the popular consumer-focused Ryzen-based mini-PCs in the market - the Asus PN50. 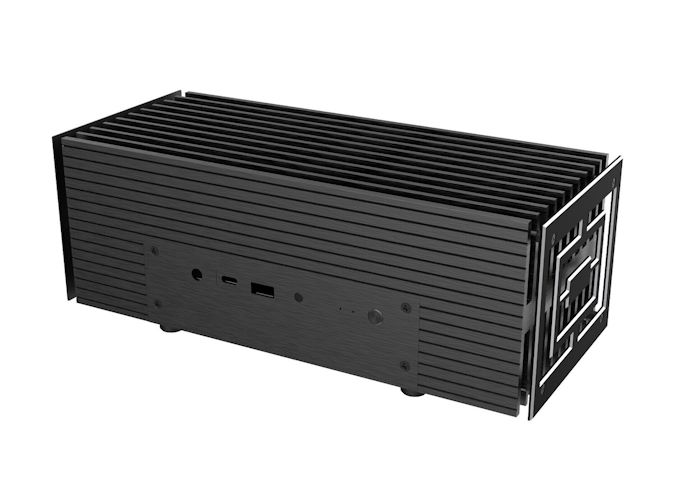 The Asus PN50, based on the Ryzen 4000-series mobile APUs (Renoirs with a TDP of 15W), has a physical footprint similar to that of the NUCs (with a ~4in. x ~4in. motherboard). The I/Os are a bit different compared to the NUCs, but Akasa could easily rework that aspect of the Turing design to quickly turn around a chassis capable of operating the PN50 without fans. Given the success that the Akasa Turing had with the Bean Canyon NUCs sporting a processor with a sustained package power consumption of 30W, it is likely that cooling the PN50 board (sporting a processor with a configurable TDP between 10W and 25W) should be a walk in the park. That said, we will reserve our final judgement for a hands-on review.

In other news, Akasa is also following up on their VEGAS series of RGB lighting accessories (CPU fans, case fans, and a RGB controller card) with a new SOHO series. This is a new set of addressable RGB (aRGB) products including case fans, LED lighting strips, a CPU cooler, and a controller card.

Akasa claims that the SOHO series case fan (SOHO AR) includes a redesigned sickle blade design and rotor technology to improve airflow and cooling efficiency compared to its previous case fans. The controller card ties all these accessories together in order to create a unified RGB solution for gamers looking to jazz up their system appearance. The key to any set of RGB lighting accessories is compatibility with applications from different vendors - Akasa indicates that the SOHO series aRGB controller and accessories are compatible with applications from GIGABYTE, ASUS, Razer, ASRock, and MSI.

Interested in more of the latest industry news? Check out our CES 2021 trade show landing page!