Back in March, be quiet! released its successor to its mid-range Shadow Rock 2 air tower cooler, the Shadow Rock 3. Only available in black at the time, be quiet! has announced a new white variant with the same cooling capabilities of up to 190 W TDP, with an elegant bi-color design.

Identical in the specification to the black version, the Shadow Rock 3 in white has an asymmetric design which has compatibility with most memory types. The main cooling tower is constructed of aluminum with five 6 mm thick nickel-plated copper heat pipes, with direct touch for improved heat dissipation. Cooling capability stretches up to 190 W TDP, which means it is more than capable of cooling most mainstream desktop processors. Included is a single Shadow Wings 2 120 mm PWM cooling fan with a maximum audible nose of 24.4 dBA at maximum speed. 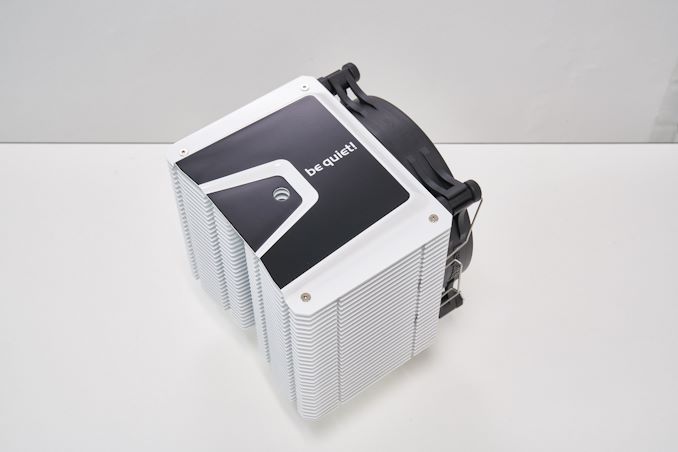 The be quiet! Shadow Rock 3 in white uses a bi-color design with a black top cover for a classic, yet the very accommodating design should fit in with most system builds.  Compatibility is wide and varied with support for AMD's AM4 and AM3+ platforms, with support for Intel LGA1200, LGA2066, LGA115x, and LGA2011-3 sockets.

Upon speaking to be quiet!, they assured us that the white coating on the aluminum fins wouldn't hinder the cooling performance, as painting fins with sub-standard paint will have a negative effect on heat dissipation. be quiet! also includes a 3-year manufacturer's warranty.