Up until now, GIGABYTE has reserved the monoblock clad WaterForce series for its flagship Aorus Xtreme models. In an interesting move to further enhance the performance of the Intel Core i9-10900K processor and dominate the mid-range space, GIGABYTE has announced the new Z490 Aorus Master WaterForce bundle. GIGABYTE claims it to be the world's first motherboard to be bundled with a 360 mm AIO CPU cooler with monoblock which covers both the board's CPU socket and VRM area.

The GIGABYTE Z490 Aorus Master WaterForce is essentially the same on paper as the initial Z490 Aorus Master model and follows a similar aesthetic. It encompasses an Aorus themed design with black PCIe slot armor and a brushed silver chipset heatsink, which includes an integrated RGB Aorus Falcon logo. 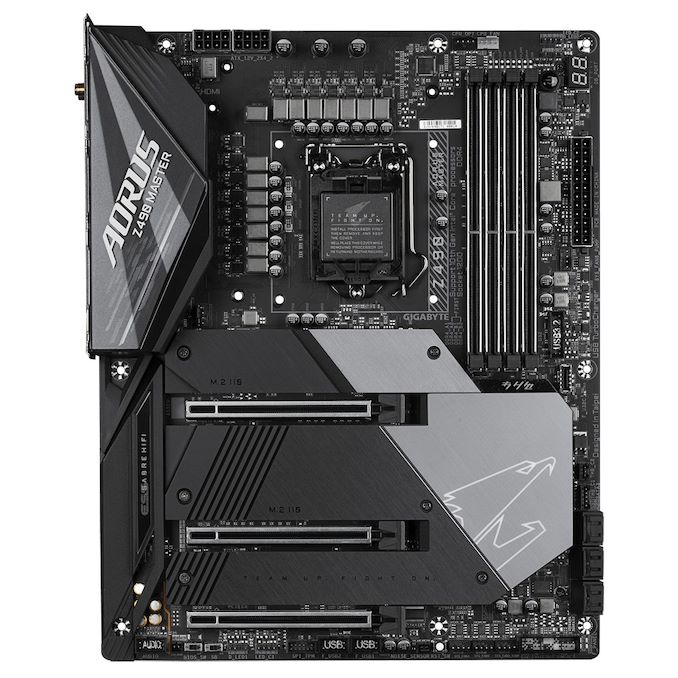 It uses a 14-phase power delivery which consists of an Intersil ISL69269 PWM controller, with fourteen ISL99390B 90 A power stages operating with seven ISL6617A doublers. This is cooled by a monoblock which is also designed to cool the CPU, with support for Intel's latest Comet Lake processors. The board's other features include three PCIe 3.0 x4 M.2 slots, six SATA ports, an Intel I225-V 2.5 GbE Ethernet controller, with an Intel AX201 Wi-Fi 6 CNVi module. The Z490 Aorus Master WaterForce also includes four memory slots with support for up to DDR4-5000, with a maximum capacity of 128 GB. It also includes a Realtek ALC1220-VB HD audio codec which is assisted by WIMA FKP2 studio-grade audio capacitors. 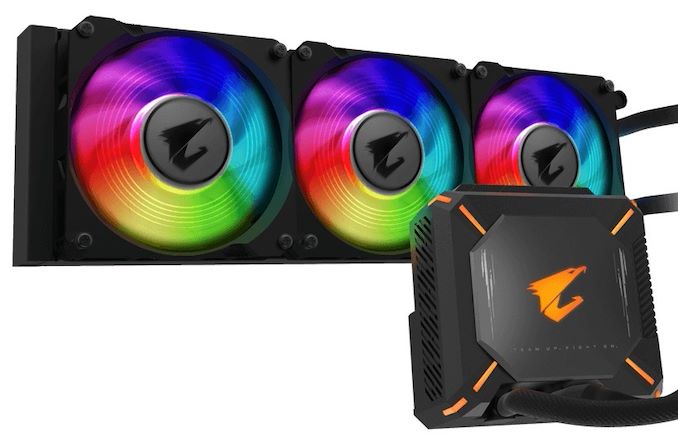 What makes it unique is that it includes a monoblock which is designed to cool the processor and the board's power delivery. Supplied with the GIGABYTE Z490 Aorus Master WaterForce is a 360 mm AIO cooler which includes three 120 mm double ball bearing RGB fans which can be controlled with GIGABYTE's RGB Fusion software. GIGABYTE claims that the AIO cooler is easy to install, with just four screws required to mount it onto the motherboard.

GIGABYTE hasn't unveiled current MSRP pricing, nor has it announced when the Z490 Aorus Master WaterForce motherboard will hit the retail shelves. We expect this will be within the coming month.