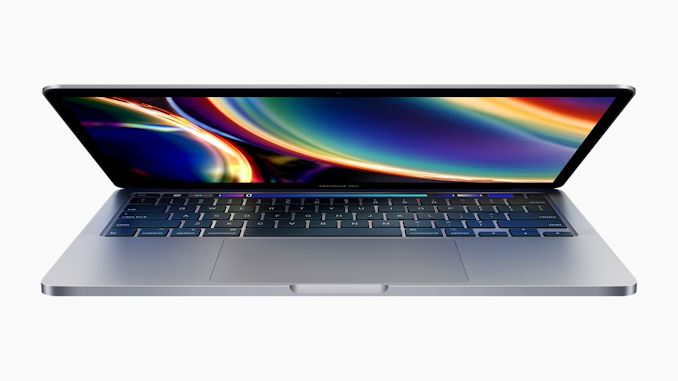 Today Apple is releasing new revamped versions of its 13” MacBook Pro line-up, most notably updating the series with the new scissor-switch style Magic Keyboard, as well as giving the option for Intel’s new 10th generation Ice Lake CPUs in the higher end models.

Apple last winter had rolled out its new 16” MacBook Pro which had introduced the new Magic Keyboard, making the choice to drop the controversial butterfly switch keyboard back to a scissor switch design. Today’s 13” line-up adopts the same changes across the smaller form factor models, including the new Touch Bar design that has been narrowed down to now include a physical escape key on the keyboard. 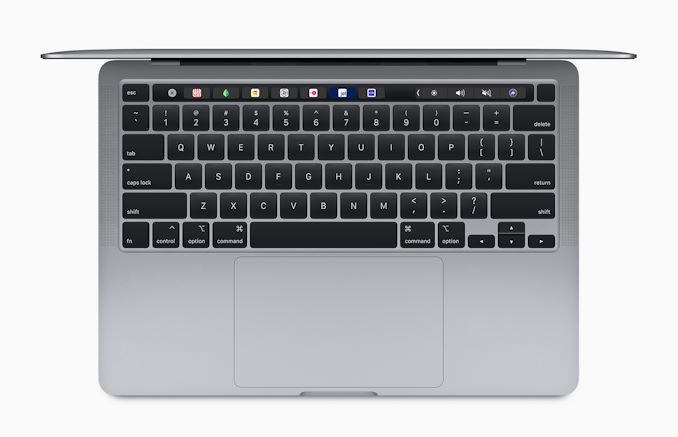 The new design otherwise doesn’t significantly diverge from its summer-2019 refresh, although this year it’s every so slightly thicker at 1.56cm instead of 1.49cm – certainly unnoticeable in everyday usage. It’s also 30g heavier at up to 1.4kg now (3.1lbs).

The most significantly internal change is the option for a new 10th generation Intel Ice Lake based CPU, running at 2.0GHz base clocks and Turbo Boost to up to 3.8GHz. As always with Apple products, this likely is a custom SKU just for Apple’s line-up as there’s no matching public part with these frequencies – the closest part is an i7-1060G7 which features the same peak clock, but only a meagre 1.0GHz base clock. Apple here likely is running a higher base TDP of 20-25W. For a $200 upsell, you can choose a higher-end 2.3/4.1GHz CPU configuration.

Whilst the Ice Lake based parts are new, Apple will continue to sell 8th generation Coffee Lake based parts at the lower end price spectrum in the $1299 and $1499 price points. Aside from the CPUs themselves, the two generational offerings of CPUs will also differ in their DRAM configuration as the new ICL parts come with 16GB of LPDDR4X-3733, whilst the CFL parts continue to just offer 8GB of LPDDR3-2133. The ICL parts are upgradeable to 32GB for an extra $400, and the CFL parts upgrade to 16GB for $100. 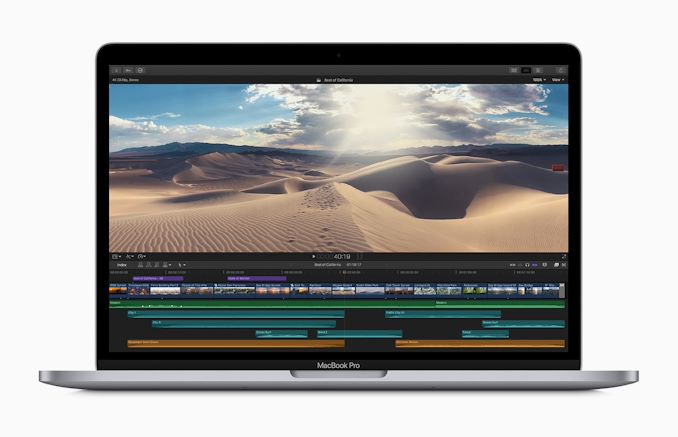 Connectivity-wise, the new 2020 13” MacBook Pros come in two flavours: the lower-end $1299 and $1499 Coffee Lake based models feature two Thunderbolt 3 ports, whilst the Ice Lake based parts get four. We also see an addition of a 3.5mm headphone jack. Unfortunately, Apple seemingly hasn’t upgraded the Wi-Fi on the new models, and WiFi 6 / 802.11ax still isn’t present as they still make due with WiFi 5 / 802.11ac capability.

Battery-wise, there’s no changes in capacity as we’re still looking at a 58Wh unit, and Apple claims an identical “10 hours” of usage for all new models – the same as last year’s Coffee Lake models.

The higher-end Ice Lake parts come now with the aforementioned base 16GB of DRAM config at a $1799 price point with a 512GB SSD, or a $1999 option with a 1TB SSD. Storage configurations for the ICL models are doubled across the board, with the possibility to choose up to a 4TB configuration for an extra $1200.

The new 13" MacBook lineup is available for order directly from Apple starting today.