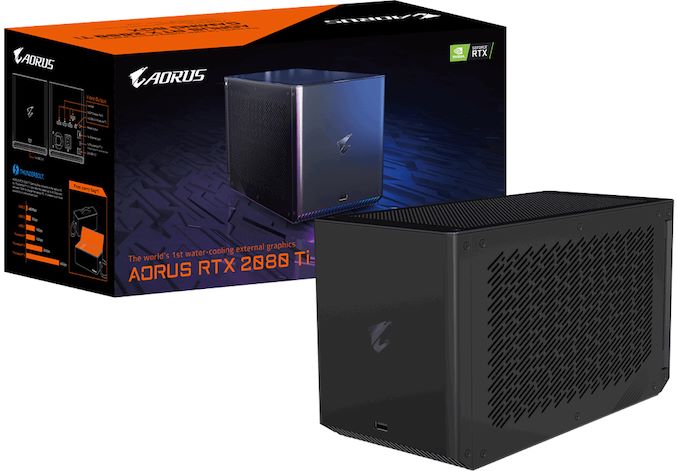 GIGABYTE has introduced a new Thunderbolt 3 eGFX box that promises to be one of the most powerful eGPUs on the market. The Aorus RTX 2080 Ti Gaming Box packs NVIDIA’s GeForce RTX 2080 Ti graphics card equipped with a closed-loop WaterForce liquid cooling system that is designed to maximize its overclocking potential.

GIGABYTE’s Aorus RTX 2080 Ti Gaming Box carries fairly typical GeForce RTX 2080 Ti video card, with the clocks running at NVIDIA's reference speeds. Instead, focusing on end-user overclocking, the Aorus RTX 2080 Ti Gaming Box uses a custom closed-loop WaterForce liquid cooling system that the graphics processor, VRM, and RAM. I will not hazard a guess about overclocking potential of a graphics board in a small box with a liquid cooler, but it's certainly a dense cooling operation. 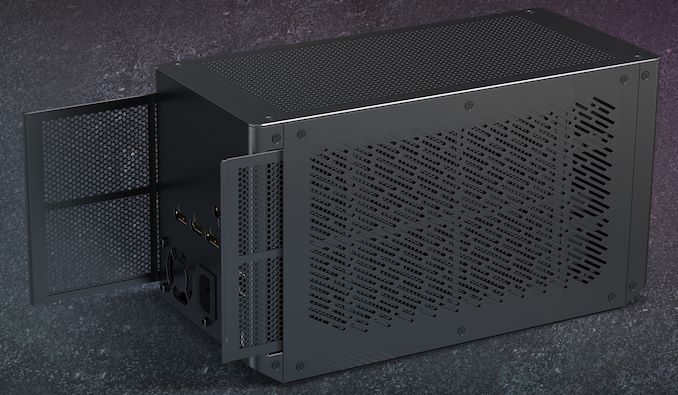 Just like regular GeForce RTX 2080 Ti cards, the Gaming Box has three DisplayPort 1.4 outputs, one HDMI 2.0b port, and one VirtualLink (USB-C) output that provide compatibility with all modern desktops and the latest VR headsets. Further, the Gaming Box has a triple-port USB 3.0 hub and an GbE port. As an added bonus, the eGFX solution has, as does practically everything else these days, addressable RGB lighting.

Measuring 300×173×140 mm, the Aorus RTX 2080 Ti Gaming Box resembles a Mini-ITX PC, though very few of the latter can pack so much graphics and compute performance into this small of a space. Taking full advantage of the size and intending for their Gaming Box to be more than just a home docking solution, GIGABYTE ships the 3.8-kilogram eGPU with a special carry on bag. 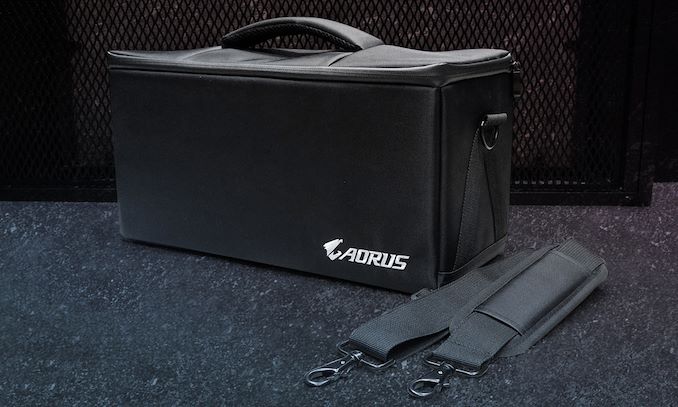 For a unique graphics solution that will highly likely be a low volume product, the Aorus RTX 2080 Ti Gaming Box seems to be priced rather reasonably. GIGABYTE’s MSRP of the device is $1,499, which is consistent or slightly better than BYO eGFX solutions after factoring in the 2080 Ti and the liquid cooling system. 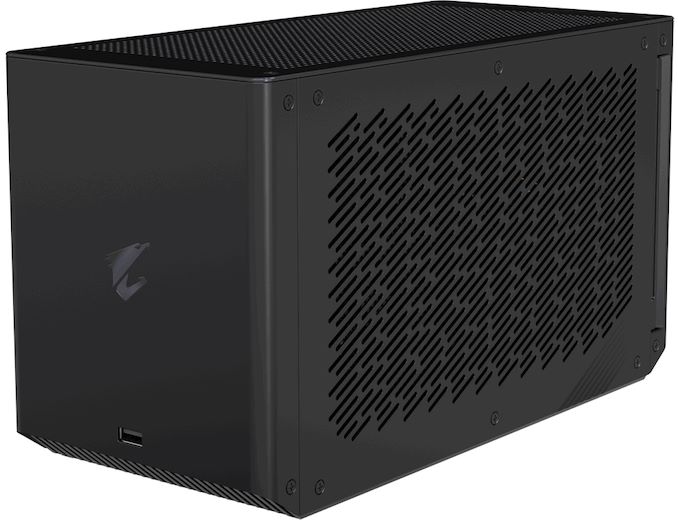