The GIGABYTE Aorus RGB M.2 SSD Review: Nothing Is Too Small For RGB LEDs

The Destroyer is an extremely long test replicating the access patterns of very IO-intensive desktop usage. A detailed breakdown can be found in this article. Like real-world usage, the drives do get the occasional break that allows for some background garbage collection and flushing caches, but those idle times are limited to 25ms so that it doesn't take all week to run the test. These AnandTech Storage Bench (ATSB) tests do not involve running the actual applications that generated the workloads, so the scores are relatively insensitive to changes in CPU performance and RAM from our new testbed, but the jump to a newer version of Windows and the newer storage drivers can have an impact.

We quantify performance on this test by reporting the drive's average data throughput, the average latency of the I/O operations, and the total energy used by the drive over the course of the test. 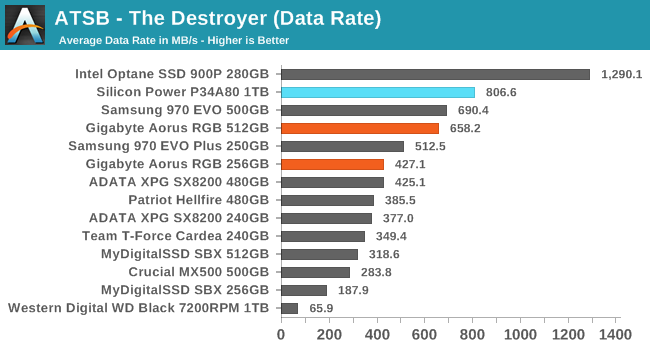 The average data rates for the GIGABYTE Aorus RGB SSD on The Destroyer are pretty good, but still below the Samsung competitors of similar capacity. The performance gap between the 256GB and 512GB Aorus drives is larger than between the larger Aorus and the 1TB Silicon Power drive that uses the same controller and NAND, and the 480GB ADATA SX8200 is on par with the smallest Aorus SSD. 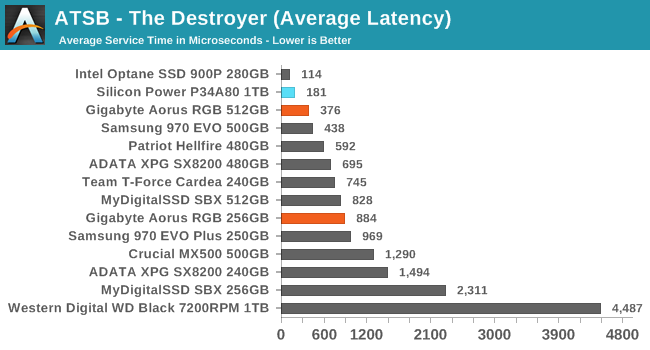 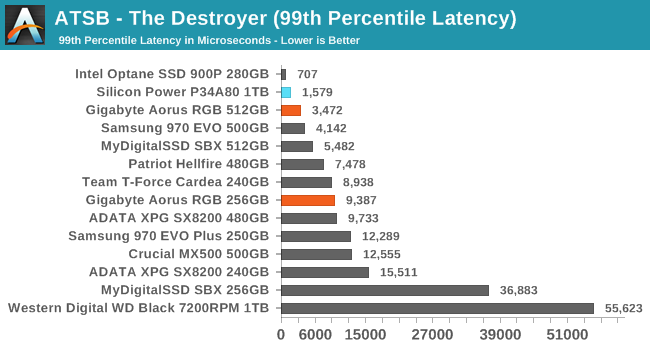 The 512GB Aorus SSD follows in the footsteps of previous larger Phison E12 drives with excellent average and 99th percentile latency scores on The Destroyer. The smaller 256GB Aorus ranks lower, but still outscores the other drives in its capacity class—the Team Cardea 240GB is an older Phison E7 drive with MLC NAND. 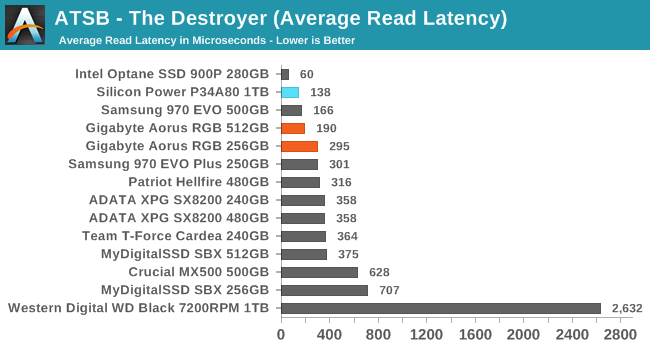 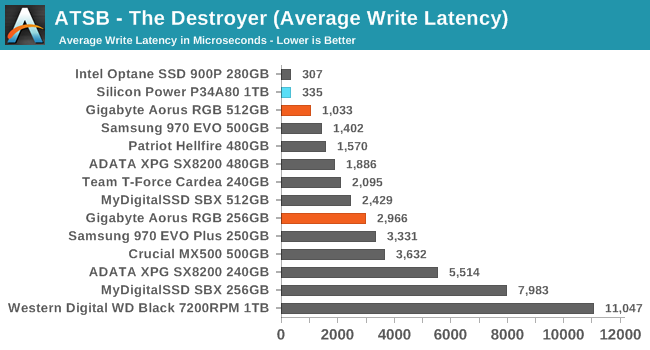 The average read latency on The Destroyer for the 512GB Aorus is excellent, only slightly behind the Samsung 970 EVO and the 1TB Phison E12 drive. The 256GB Aorus SSD's average read latency score is significantly higher, but still better than the rest of the competition. The average write latency scores aren't quite as impressive, but the larger Aorus is still in the lead for its capacity class and the smaller one beats all the 256GB-class drives but the older MLC SSD. 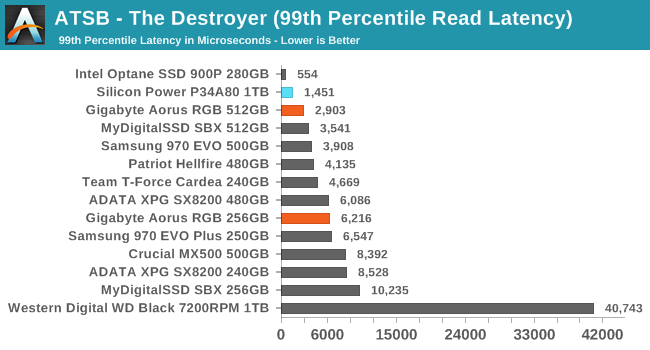 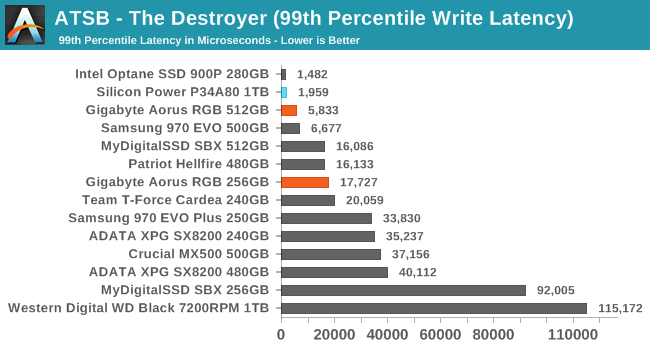 The 99th percentile read and write latency scores show similar rankings to the averages, with both drives outperforming any other TLC-based SSDs in their capacity class. 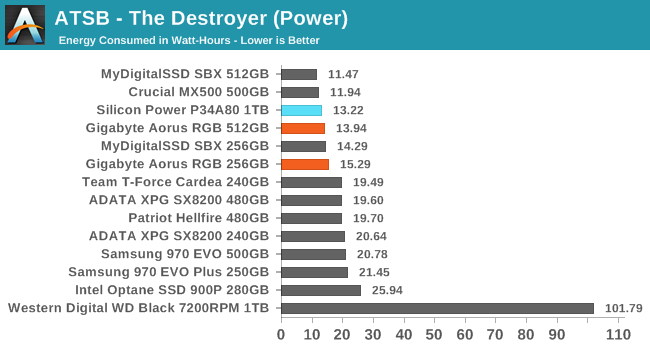 The GIGABYTE Aorus SSDs had RGB LEDs pulsing throughout the hours of The Destroyer, but the total energy consumption was still relatively low compared to most other M.2 NVMe SSDs. The MyDigitalSSD SBX entry-level NVMe drive and Crucial MX500 SATA drive score a bit better than the Aorus, but the Samsung and Silicon Motion drives require substantially more energy to complete The Destroyer, even when overall performance (and thus test duration) is similar.