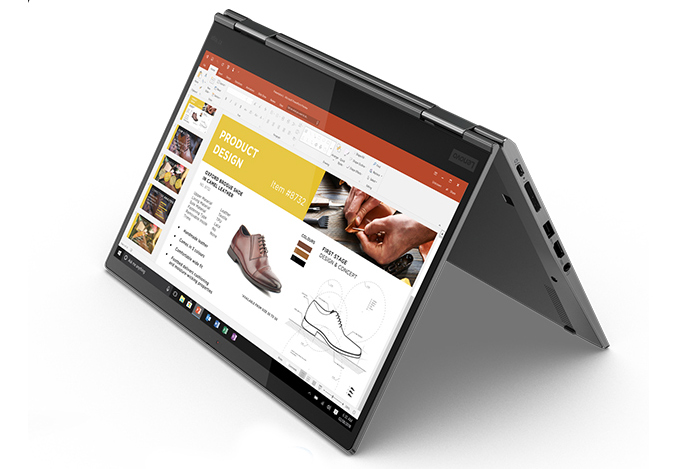 The 2019 Lenovo ThinkPad X1 Yoga comes in an enclosure that is 15.2 mm thick (down from 17.05 mm) and weighs 1.35 kilograms (2.99 lbs). Because of thinner display bezels, the new convertible 4th Gen ThinkPad X1 Yoga is 17% smaller than its 3rd Gen predecessor, Lenovo says. The chassis are MILSPEC-graded and has passed all the tests that Lenovo puts its ThinkPad X1 laptops through to ensure their maximum durability. The company claims that it was particularly challenging to design an aluminum enclosure this strong and light because aluminum has to be thick to retain its strength. 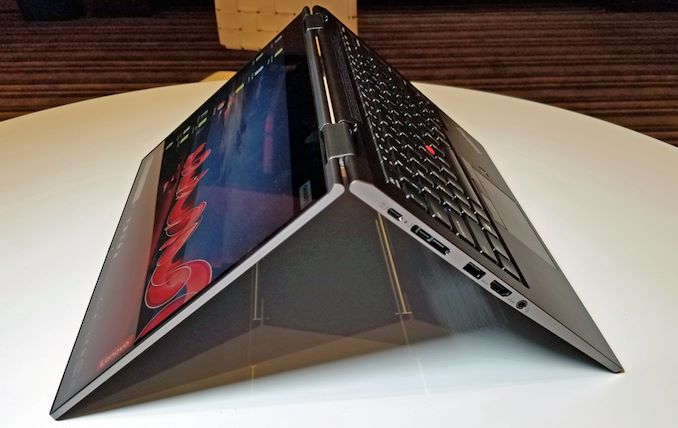 When it comes to internal hardware, the new ThinkPad X1 Yoga will be powered by Intel’s 8th Gen Core i5/i7 processors (think Whiskey Lake) accompanied by 8 or 16 GB of DRAM and a PCIe SSD featuring an up to 2 TB capacity. As for connectivity, the new convertible features Wi-Fi + Bluetooth featuring an improved antenna design, an optional 4G/LTE-A Cat16 modem, two Thunderbolt 3 ports, USB 3.0 Type-A connectors, GbE with a dongle, an HDMI output, a TRRS audio connector, etc. Multimedia capabilities of the new X1 Yoga are also similar to those of X1 Carbon: the convertible has Dolby Atmos-badged speaker system, multiple far-field microphones, and a 720p webcam with or without IR sensors that can be covered using Lenovo's ThinkShutter. Besides, it is important to note that the new X1 Yoga supports all docking solutions, including Lenovo’s ThinkPad Mechanical Dock. 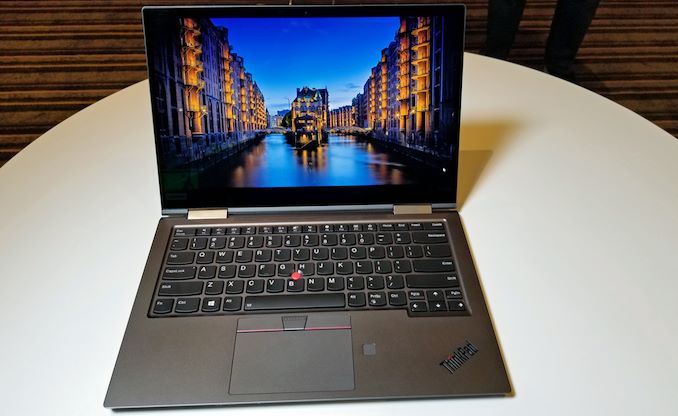 Just like its ThinkPad X1 Carbon brother, the 4th Gen ThinkPad X1 Yoga is half a year away and will hit the market only sometimes in June, 2019. Starting price of the convertible laptop will be $1,929.