In the case of AMD’s Threadripper processors, it is the third part of the CPU/Cooler arrangement that causes concerns, i.e. the coolers themselves. As we mentioned earlier, one of the major factors that affects the thermal resistance of each individual part is the cross-sectional contact area. As an extreme example, even if we could devise an ideal cooling body that has zero thermal resistance to place upon a copper contact plate, it would be ineffective if the contact plate is reduced to the size of a pinhead. 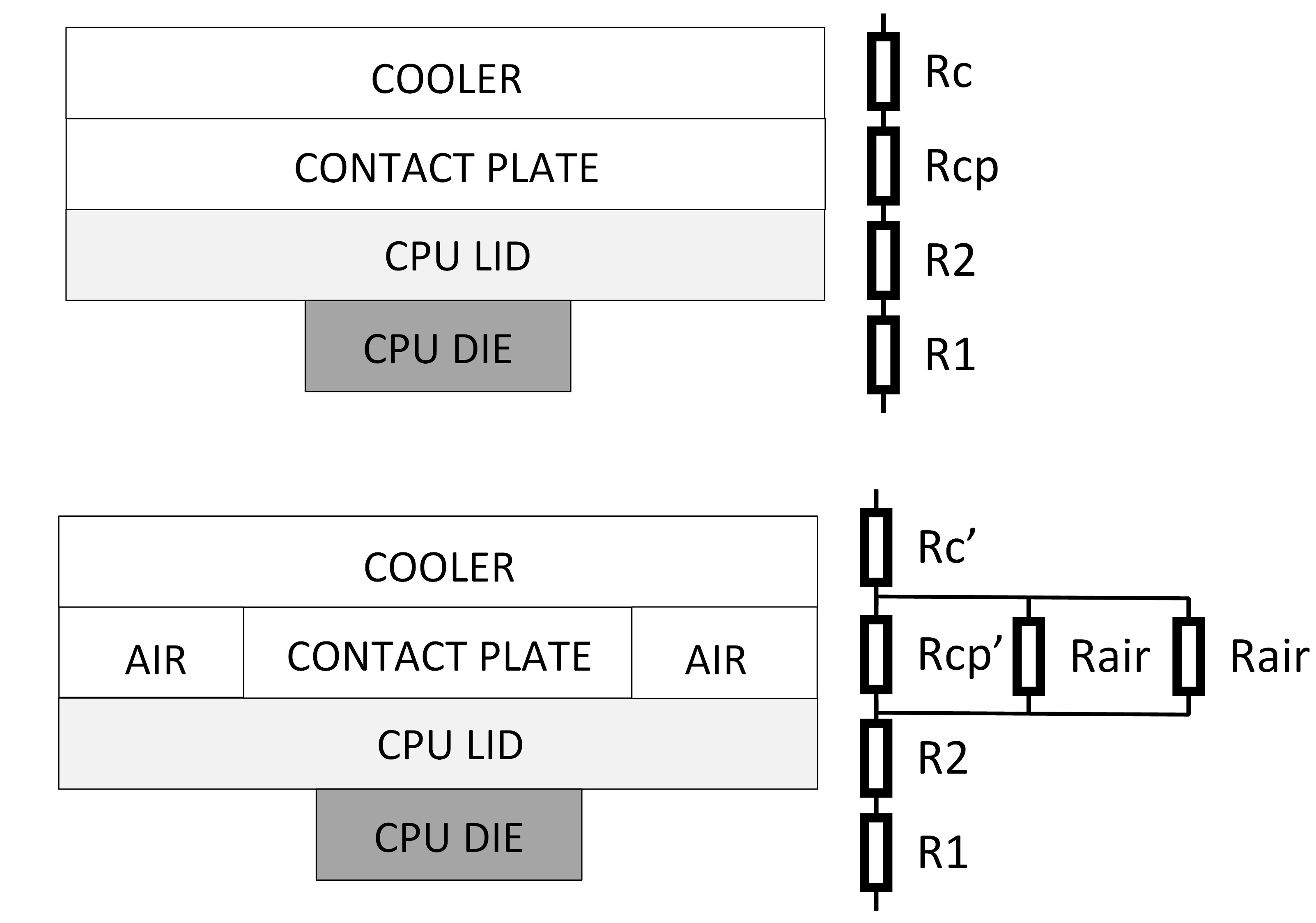 Our previous calculations are representative of the real-world phenomena but also were based on our greatly simplified assumptions, assuming uniform heat transfer and one-dimensional conduction. A trained engineer easily realizes that real-world issues with coolers that are making only partial contact with a CPU’s lid are numerous and that they extend far beyond simple everyday thermal performance. For example, the absolute thermal resistance between the CPU dies that lie away from where the cooler is contacting the lid and the cooler’s base is manyfold greater. That is because the two primary geometric factors that affect thermal resistance, the length of the material in parallel to the heat flow and it's the cross-sectional contact area, are now greatly different. 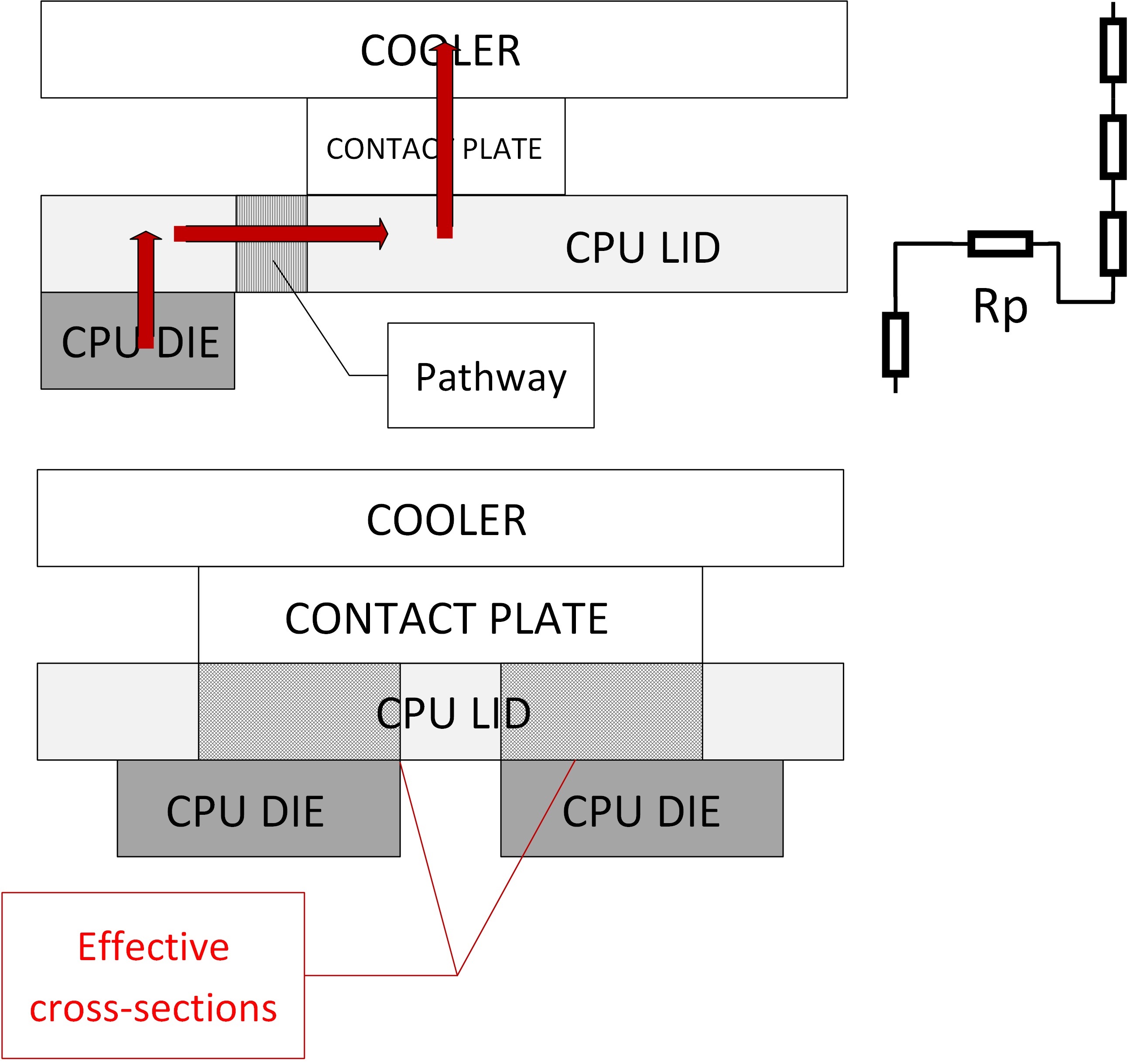 The above figure displays two cases. In the bottom case, the contact plate of the cooler is not sufficiently large to cover the entire CPU lid, leaving part of the CPU’s dies outside the “effective” heat transfer cross-sections. This does not mean that the rest of the die does not receive any cooling - the CPU's lid will keep absorbing energy from the whole die, but the heat flow ceases to be simple one-dimensional and the distribution will not be uniform, resulting to higher temperatures near the edges of the lid and, in extend, the outermost parts of the die.

The top case is a more extreme example and assumes that a die will be left entirely outside the surface where the cooler's contact plate will be. In this case, there is no “effective” heat transfer cross-section at all and it is practically impossible to properly cool the device. Again, simplifying and solving the problem as one-dimensional is possible by splitting the process into numerous steps and taking one step at the time. We skip most of these steps and go right to the important one. As it can be seen in the above figure, the thermal resistance of the "pathway" created between the die and the contact plate is being added to the total absolute thermal resistance of the arrangement. However, the cross-sectional area of this "pathway" is very small because the thickness of the lid is comparatively tiny. This results to a massively high resistance (Rp) that will be added to the sum and cannot be effectively countered no matter how good the cooler may be.

The above two examples show that any die which is partially covered or, far worse, not covered at all by the cooler’s contact surface, may be prone to overheating and reliability issues, even if the processor’s central dies are being cooled properly, and regardless of the cooler's capabilities.