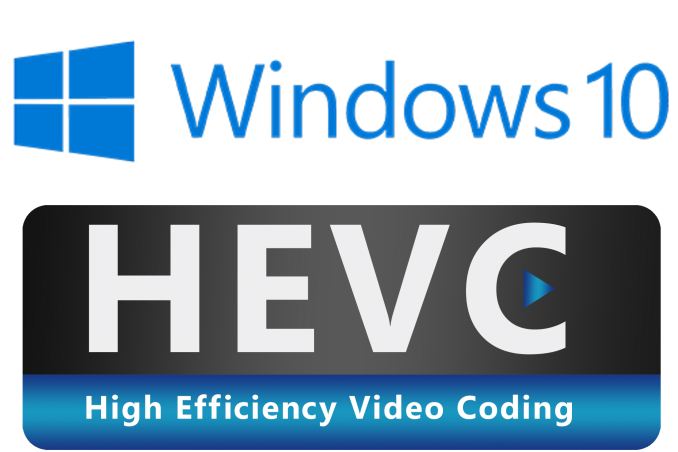 The Windows 10 Fall Creators Update (FCU) came with a host of welcome changes. One of the aspects that didn't get much coverage in the tech press was the change in Microsoft's approach to the bundled video decoders. There had been complaints regarding the missing HEVC decoder when the FCU was in the Insider Preview stage. It turned out to be even more puzzling when FCU was released to the stable ring. This has led to plenty of erroneous speculation in the user community. We reached out to Microsoft to clear things up.

The missing HEVC decoder is not a factor for users playing back media through open source applications such as Kodi, MPC-HC, or VLC. However, users of the Movies and TV app built into Windows 10 FCU or software relying on the OS decoders such as Plex will find HEVC videos playing back with a blank screen. While this is a minor inconvenience at best, a more irritating issue is the one for users with systems capable of Netflix 4K playback. Instead of 4K, FCU restricts them to 1080p streams at 5.8 Mbps (as those are encoded in AVC). 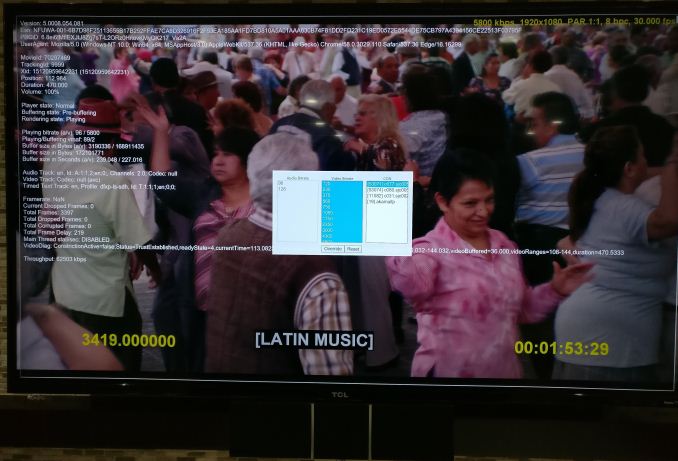 We initially believed patent licensing to be the issue. While the exact royalty terms for the HEVC playback capability in Windows 10 remain a closely guarded secret, MultiCoreWare's Tom Vaughan believes that the licensing for systems with a hardware decoder available is handled by the device OEM. However, the onus shifts to Microsoft for a pure software decoder bundled with the OS.

On reaching out to Microsoft, a spokesperson gave us the following quote: “With the Fall Creators Update, we changed our approach to media codecs to enable us to get more codecs to consumers faster and give device makers more flexibility via a new approach called Codec Packs. The HEVC hardware codec has been converted to a Codec Pack and will be soon available to all devices running the FCU.”

We then explicitly asked them if the decision to go the codec pack route was dictated by patent royalty issues. The exact quote we received was: “Customers who upgrade to the FCU on compatible hardware will get HEVC. For new devices that do not include HEVC, it will be available soon through the Microsoft Store. It may take a day or two after the upgrade to FCU for the codec to get installed.”

Based on these comments, we believe that there are no changes to the user in terms of the cost of the Windows 10 HEVC decoder (particularly given the automatic rollout indicated by the Microsoft spokesperson). We do note that Microsoft refused to comment on the royalty issue outright, but, almost all modern systems come with a hardware decoder and the Windows 10 HEVC codec is going to remain free for those systems.

Users who do not want to wait for the update to rollout into their system can install the HEVC Video Extension app from the Microsoft store. 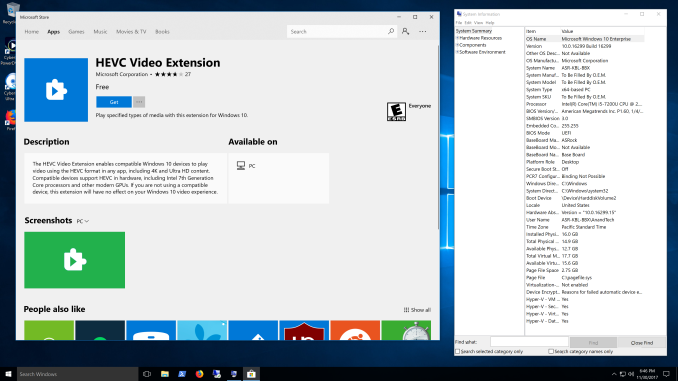 The HEVC Video Extension App in the Microsoft Store

After upgrading to the FCU on our ASRock Beebox-S 7200U sample, we found that the Netflix 4K capability went missing (see earlier screenshot). However, after installing the HEVC Video Extension, we were able to stream the 4K versions of various titles. 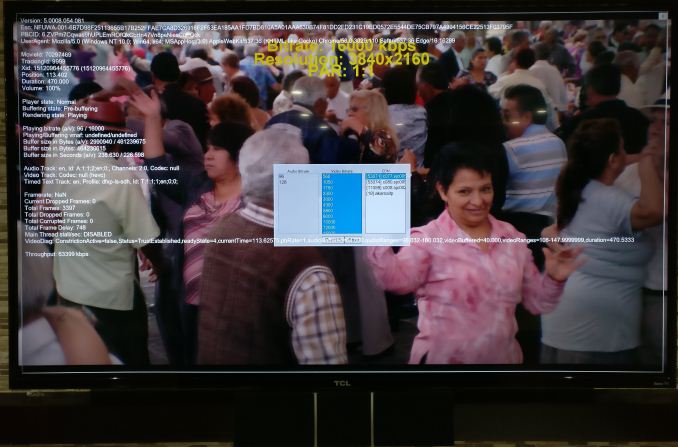 Note that any Win 10 FCU system with a hardware HEVC decoder is affected by this issue. This includes systems making use of a NVIDIA GPU for Netflix 4K capabilities also.

The change in approach slightly changes Microsoft's current tightly coupled approach to video decoders. As new video codecs like AV1 become stable and mainstream, the new architecture allows Microsoft to bring it to their customers in a quick and efficient manner.