Before we dig into the software side, let’s first look at the part of the Harmony Elite system you will more than likely use the most, and that is the remote itself. Logitech has meandered over the years in terms of remote design, and they have been putting screens onto remotes for over a decade already, but the Elite is the best design they have ever come up with.

Touchscreens are something we now use every day, but that doesn’t mean they are always the best use case for a given situation. The biggest downside to a touchscreen is that it forces users to interact with it by first looking at it. That might sound obvious, but it’s one of the biggest detractors from a touchscreen as well. Forcing someone to look at a screen can make a simple task into a complex one, at best. At worst, they can be outright dangerous in some scenarios like in a car, where many manufacturers have forgotten that sometimes it’s important to be able to turn on the defrost without going through five menus first. The car scenario is perhaps a stretch when discussing something like a remote control, but the same principles are in effect. Touch requires the user to divert their attention, focus on a screen, ensure the screen is showing the correct options, and then touch it in the right location, where there is little to no feedback that the correct option was touched. 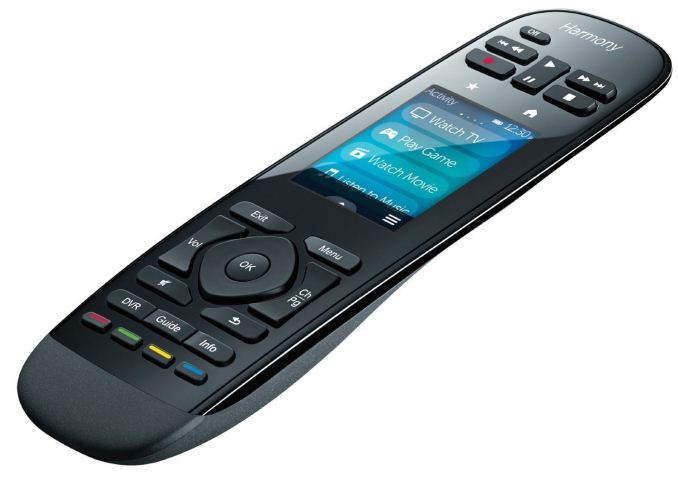 The Harmony Ultimate One

Logitech has made some poor choices over the years with Harmony remotes, to the ultimate (pun intended) mistake of the Harmony Ultimate. This remote featured a touchscreen in the very center of the remote, between the volume and navigation buttons, and the transport buttons. It was an insane decision. Luckily, Logitech has seen the error of their ways, and they’ve now situated the touchscreen at the top of the remote, where it is less likely to be accidentally pressed. 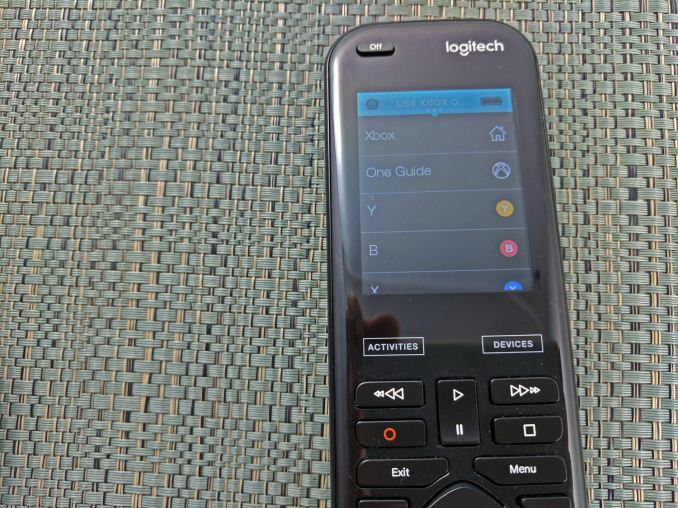 Let’s talk about the screen itself. It’s a 1.5-inch diagonal display with a whopping resolution of 128x128. It can display 65,000 different colors. Considering the use model for the display, it’s adequate, but that is the best thing you can say about it. A sharper screen would go a long way to make the Elite look a bit more premium, especially for the price. The colors are washed out, and the text is pixelated, but at the end of the day, it does function well. For most interactions, the screen is mostly used to choose activities, and to use less-used buttons, so the touchscreen works well in this scenario, since you end up using it less. On a remote control, one of the keys is not needing to look at it, after all. Still, a better display would be one way Logitech could step up their game. 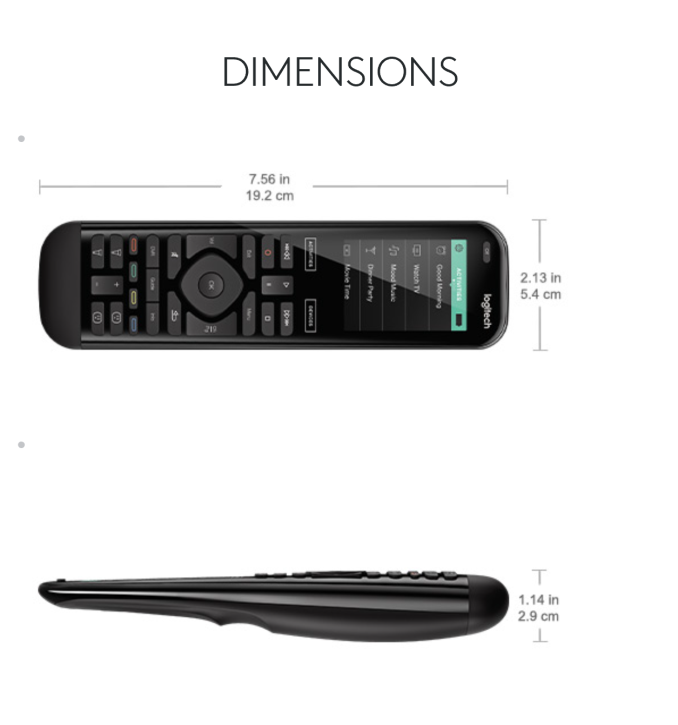 The remote itself is very well designed. The top is a smooth, glossy, black plastic that is pleasing to look at, while the underside is a coarse texture that prevents the remote from slipping out of your hand. It measures 54 mm wide, by 29 mm deep, by 192 mm high (2.13 x 1.14 x 7.56 inches) and unboxing the remote, the short height was one of the first things I noticed. It is significantly shorter than the Harmony One it was replacing. It also weighs 164 grams (5.8 oz) which makes it feel solid, but doesn’t give you any sort of fatigue in use, and most of the weight is near the bottom, meaning it is easier to hold in your hand.

The smaller remote was achieved by removing many of the buttons off the remote, which might sound like a disaster, but in fact, it was very well thought out. The number pad was moved to the touch screen, which is likely the only casualty that will really be noticed, but those were buttons that I never used often so I don’t miss them at all. Other buttons were removed, such as skip, and those could be an issue, except that the Elite allows all buttons to offer two controls. Press is one, and press and hold for a second is another, so skip and fast forward now share the same button (unless you change it of course, since you can). By default, fast forward was press, and skip was press and hold, but in my home that is the opposite of how I would use it, so I swapped them around. 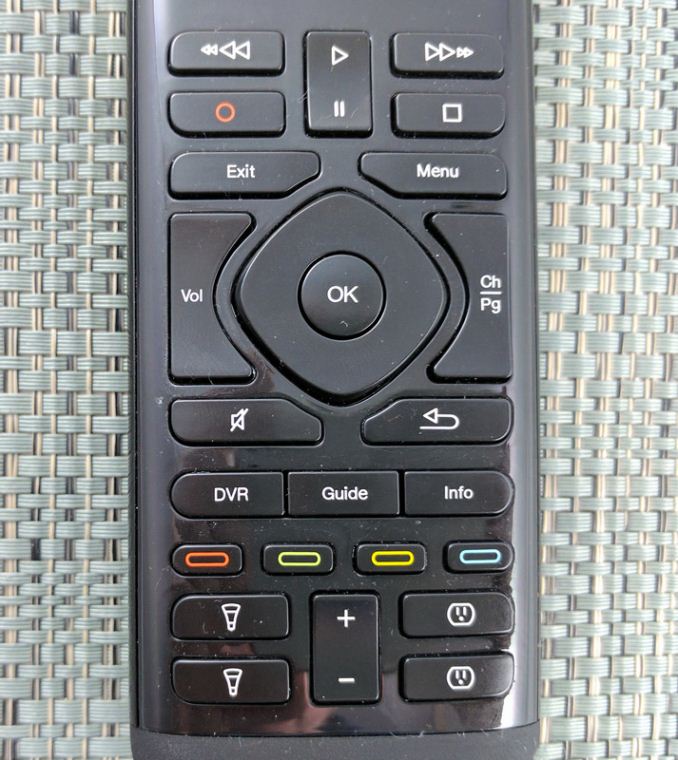 In fact, the removal of buttons has made the remote somewhat easier to use. As an example, delete on my DVR was a button beside the zero on the number pad. With the Elite, it is programmed to be a long press on Stop, which is much easier to access.

Regardless, shrinking the remote has made it more comfortable to use, and much easier to access all the buttons that are there. It really was a smart move. The new buttons are also just the right amount of click, and are an improvement over the Harmony One this model is replacing for me. In over ten years, I’ve never had a Harmony button stop working, and the remotes have been replaced for other reasons, so hopefully that continues to be the case with the Elite.

The remote feels solid, is comfortable to hold, and the layout is much easier to use. After a few generations of Harmony mucking up their remote layout, they seem to have made just the right course corrections with the Elite.