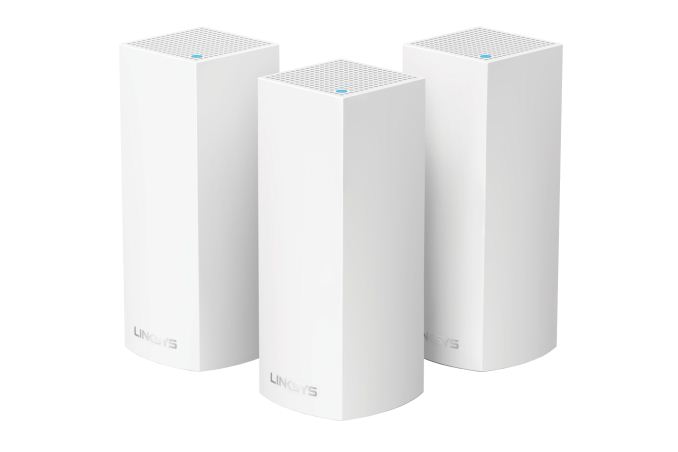 Linksys has updates in three different product lines as part of CES 2017. The new product line is the Velop Whole Home W-Fi mesh networking kit. Linksys is definitely late to the mesh party, but, the delay has enabled them to put in the most important set of features present in the currently available solutions.

In the current market, Netgear's Orbi is undoubtedly one of the leading 'mesh' solutions. By placing a dedicated backhaul radio (4x4 802.11ac), and restricting the arrangement of the primary router and satellites to a star topology, Orbi provided excellent performance numbers. The adoption of Qualcomm Atheros's Wi-Fi SON firmware features also enabled a good user experience.

Linksys adopts a similar platform on the software side as well as high-level operation (one channel for backhaul and another for client communication). On the hardware side, the main SoC is still the Qualcomm Atheros IPQ 4019. However, instead of having a 4x4 802.11ac backhaul radio using the QCA9984 like the Orbi, Linksys has opted to use the more economical 2x2 802.11ac QCA9886 radio. This makes the solution an AC2200-class one (we are seeing many routers in this class being launched at CES 2017). Like the Netgear Orbi, the Linksys Velop also supports beamforming, Wave 2 MU-MIMO capabilities, and can advertise itself as a 'tri-band' router. 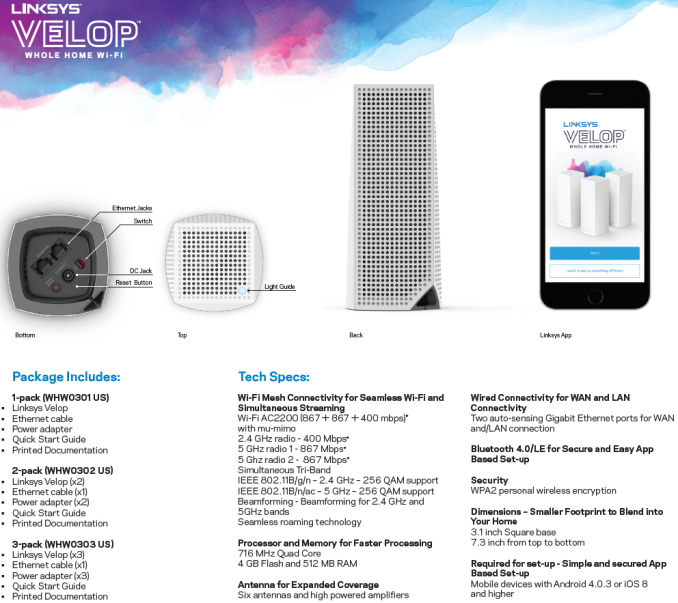 Interestingly, the members in a Velop installation can have either wired or wireless backhaul. The wireless backhaul can be dynamically chosen based on the available communication channels (either of the 5 GHz bands or the 2.4 GHz band). This allows configuration in multiple mesh modes - point-to-point, real mesh, star, line, or tree. The self-healing aspects of Wi-Fi SON enable the most suitable path for communication in the case of a broken connection.

In order to enable better performance with suitable antenna placement, the Velop units, like the Orbi, adopt a tower design. The industrial design, like that of most other mesh Wi-Fi kits, is attractive enough to not stow away in a closet (something that is very important for a good mesh Wi-Fi experience). Linksys is making the Velop available in 1-, 2- and 3-packs, starting today. The three kits are priced at $200, $350, and $500.

Given the hardware configuration and radio details, it looks like the Netgear Orbi might still take the performance crown for scenarios requiring around 2000 - 4000 sq. ft. of coverage. However, Velop brings across some very interesting features to the mesh market. In terms of ease of use, the product follows a mobile-first setup and usage process, as well as Amazon Alexa integration - features that are apt for the target market. The technical transparency also provides us with enough insight into the scenarios and use-cases in which it might be an effective option. Particularly, if a wired backhaul is possible, the Velop could turn out to be a very good candidate to extend Wi-Fi reach. Additional insights into the real-world performance of the Velop kits is definitely something to look out for in the near future.

In other Linksys CES 2017 news, the MAXSTREAM lineup has gained some additional members - the Max-Stream AC2200 Tri-Band MU-MIMO Gigabit Router (EA8300) is the single router version of the Velop platform. The same SoC and radios are used to provide two 5 GHz SSIDs and one 2.4 GHz SSID. The router comes with 256MB of DDR3 RAM and 256MB of flash memory. Availability is slated for Spring 2017, with a MSRP of $200. 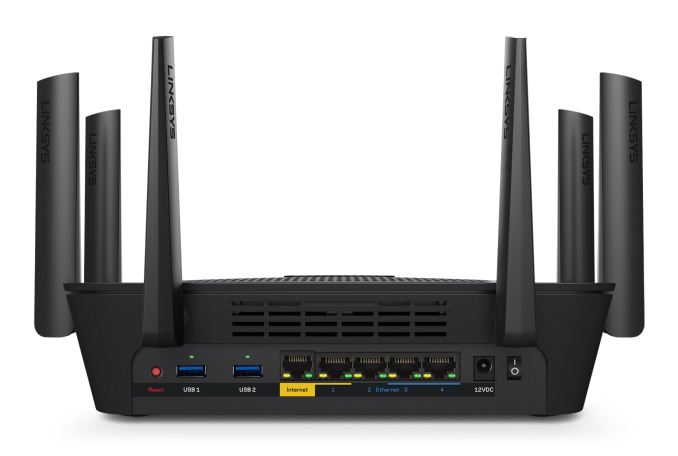 Both the EA8300 and the EA9300 work with Amazon Alexa for a voice-activated experience. Linksys has put extra focus in the Android / iOS apps for a mobile-first setup and management process. They are also designed to provide a seamless roaming experience with a single SSID and easy connection to the Max-Stream lineup of range extenders.

Linksys is also bringing a Wave 2 MU-MIMO 2x2 USB 3.0 WLAN adapter to the market with the WUSB6400M. It is also slated to come to the market in Spring 2017. The MSRP will be $60. Additional MU-MIMO client nodes can help consumers take full advantage of their MU-MIMO routers. These types of USB adapters are important for the MU-MIMO ecosystem. 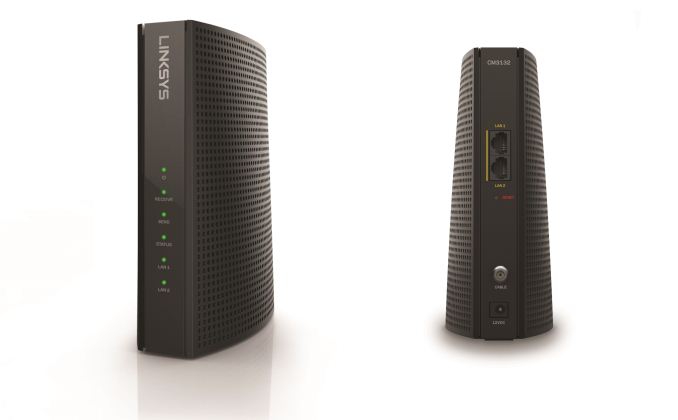 On the cable modem side, Linksys is also planning to launch a DOCSIS 3.1 version - the CM3132 with 32 downstream and 8 upstream channels. In terms of the core platform, it is similar to Netgear's CM1000, which is already in the market. However, the CM3132 differentiates itself with the availability of two Ethernet ports (unlike the single one in the Netgear CM1000). Availability is slated for Spring 2017, and the MSRP will be $200.