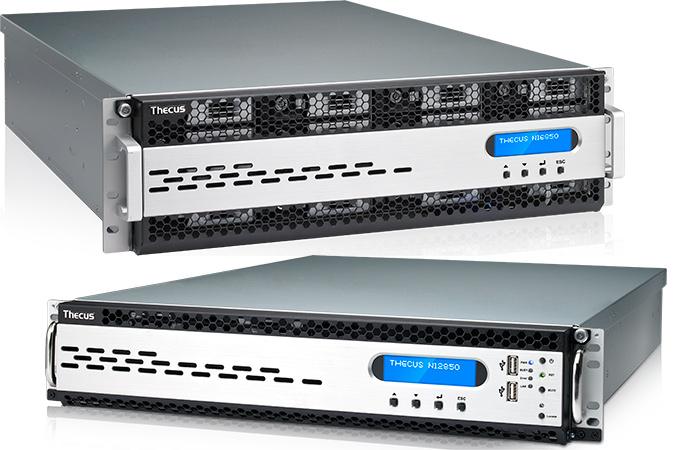 Thecus has introduced two new commercial off-the-shelf (COTS) rackmount enterprise-class NAS servers with 12 and 16 bays. They both run the latest version of Thecus's Linux-based OS. The systems are based on the Intel Xeon processors, feature SAS 12 Gbps ports and are 10 Gb Ethernet-ready. The units come with usual virtualization certifications, volume encryption and Intel security technologies.

Both models can be equipped with 10 GbE adapters to connect to enterprise networks and other machines. Like previous-generation NAS systems from Thecus, the N12850 and the N16850 support the company’s HA (high availability) and Daisy Chaining technologies. The HA keeps data on two identical NAS machines and if one fails or needs maintenance, the other will still be available to users. According to Thecus, 'Daisy Chaining' allows connecting up to four D16000 DAS systems using SAS wide port 8088 cables as slaves to one NAS server. This can significantly expand storage capacities (up to 640 TB).

Thecus will start to ship its new NAS servers in April. Prices are unknown.