Corsair's cases have been defined by excellent ease of assembly, solid watercooling support...and middling air cooling performance. The Air 540 is a completely different beast, though, and it looks...

While their 17" gaming system has seen steady and incremental improvement, new to the Razer lineup is a notebook with all of the gaming performance in a remarkably slim...

In the first part of our review of the AMD A10-5750M, we revealed the chip had a predisposition for better CPU performance. Does that carry over and help MSI's...

While AMD's Richland update has been of modest benefit on the desktop, improved power consumption and turbo features tend to go over much better in mobile. Is the AMD...

While NVIDIA's GeForce GTX 780 has proven to be a solid update to the venerable 680, Intel's Haswell architecture has left enthusiasts underwhelmed. Can a good GPU and overclock...

A string of delays have kept the most radical entry in SilverStone's already unconventional Raven series from making its debut, and even now it's only materializing in limited quantities...

Coinciding with Intel's launch of Haswell, NVIDIA updated their mobile GPUs with a bomb of a part: a fully enabled GK104. Today we have MSI's flagship gaming notebook, the...

Closed loop coolers are only growing in popularity in the industry, and this month we have all three models of Thermaltake's latest revision in for testing. 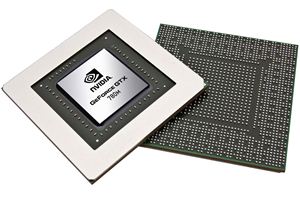 At the beginning of April, Jarred walked us through the refresh of the bottom two-thirds of NVIDIA's 700M series of GeForce GPUs, all under the GeForce GT heading. We... 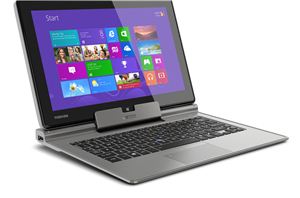 Toshiba Portege Z10t is a New Take on Convertibles

Convertibles that can jump between being tablets and full-on notebooks are becoming an increasingly popular option due to both the design of Windows 8 and, to a greater extent...

A year and a half ago, we reviewed Lian Li's PC-TU200, a decent but flawed portable enclosure. Has Lian Li improved on that design with the PC-TU100?

HP offers another premium ultrabook experience with a 1080p IPS touch-enabled display, but is it everything it could be?

Major OEMs are producing ultrabooks at a breakneck pace, but vendors like Clevo are making sure boutiques can get in on the market, too. Mythlogic sent us their Callisto...

As a boutique, Puget Systems has been able to produce some of the quietest towers we've ever tested, but can they work their magic with a pair of octal-core Xeons?

The Haswell launch gets just a little more complicated each day, with the latest wrinkle being that standard ATX power supplies that conform to the ATX 2.3 standard may...

It's been a little while since NZXT produced the popular but flawed H2 silent enclosure. The new H630 is radically different; does it make up the difference?

Continuing our series of reviews of smaller enclosures, we take a look at one of the smallest of all: SilverStone's impressively diminutive Sugo SG08 Mini-ITX case.

Toshiba throws their hat into the high-end ultrabook ring with this 13.3" gem featuring a 2560x1440 IPS display.

We've seen this chassis before, but we haven't seen it with CyberPowerPC's touches, and we haven't seen anything about the Kepler-based NVIDIA GeForce GTX 675MX. That changes today.