Up Close with the New Mac Pro 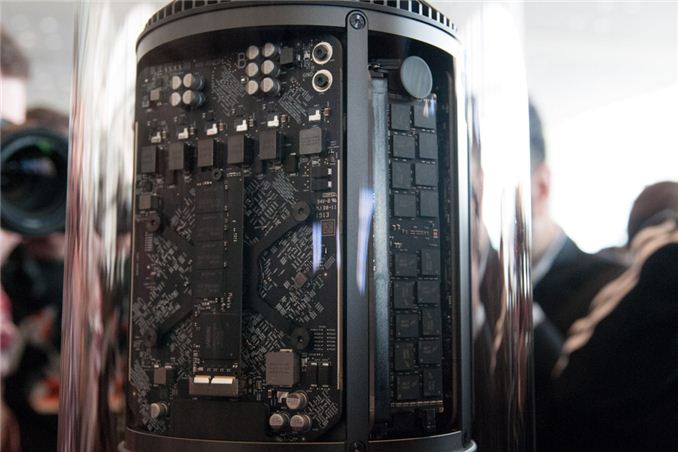 In its keynote this morning, Apple teased its next-generation Mac Pro, due out later this year. Based on Ivy Bridge E, the new system will ship with two AMD FirePro GPUs with up to 4096 SPs and capable of delivering 7 TFLOPS of peak FP performance.

Internally there are four DDR3 memory slots, as well as what looks like a proprietary PCIe SSD connector (I don't think it's M.2 unfortunately). Both GPUs are technically removable, but at least one is mounted as the same card as the PCIe SSD. Apple is putting every single PCIe lane available to use on the new Mac Pro.