If we had an award for most improved in the SSD space, it would have to go to Samsung. When we first encountered Samsung MLC drives a few years ago they were pretty bad. Prices were high and performance was low. Samsung offered no end-user upgradable firmware for those early drives either, although that was eventually rectified. The first Samsung MLC SSDs were reliable, they just weren't worth the money when you had much better options from companies like Intel.

I remember arguing with Samsung engineers a few years ago about the importance of random IO performance compared to sequential speed. I remember feeling like they were making the same mistake that all SSD makers were making back then: heavily prioritizing sequential IO when it was a failure to deliver good random IO performance as well that really hurt SSD adoption. Although the first Samsung SSDs weren't very good, they got better over time. While the first generation couldn't be recommended, the Samsung SSD 470 could. It still wasn't our favorite drive, but it finally brought performance up to a reasonable level. Last year's 830 release showed us that Samsung woke up. Today, Samsung is adding two new members to the family: the Samsung SSD 840 and the 840 Pro. The former is the first productized consumer SSD to use Samsung's 21nm 3-bit-per-cell MLC (aka TLC) NAND, while the latter is Samsung's new flagship drive using 21nm 2bpc MLC NAND.

Unfortunately we don't have samples of the unique TLC SSD 840, just the MLC 840 Pro. Despite the use of TLC NAND, Samsung claims the vanilla 840 should offer similar performance to the current 830. Samsung also claims that endurance should be reasonable for consumer workloads.

The 840 Pro should be tangibly faster than the 830 thanks to a new controller, new firmware and new NAND:

While the 830 used Samsung's 27nm MLC NAND, the 840 Pro uses Samsung's latest 21nm MLC NAND. The move to 21nm will eventually drive NAND pricing lower, although today Samsung expects price parity between the TLC equipped 840 and the old MLC 830. The 840 Pro should sell for a 25 - 30% premium over the current 830.

The move to 21nm is also coupled with a move to a 400Mbps Toggle 2.0 NAND interface. Block and page sizes remain the same for 2bpc MLC 21nm NAND, and maximum capacity per die is still 8GB. Although beyond the scope of this article, 3bpc TLC 21nm NAND sees 50% slower program/erase times compared to the 2bpc MLC 21nm NAND. 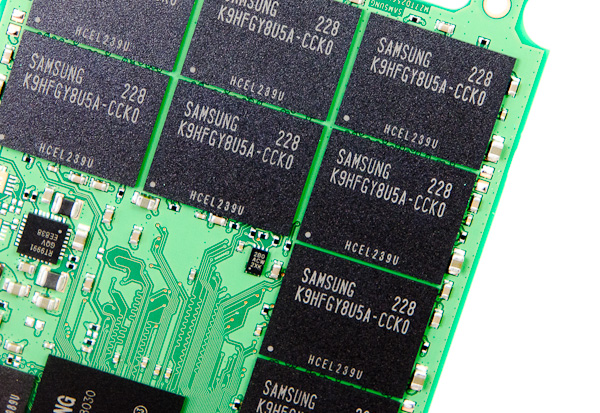 Both the 840 and 840 Pro use Samsung's 4th generation SSD controller. Samsung's MAX controller was used in the SSD 470, its successor, the MBX controller, wasn't used in retail drives, while MCX debuted in the 830 and MDX is in the 840/840 Pro. The basic architecture of the controller hasn't changed. Internally there are three ARM9 cores now running at 300MHz. Update: Samsung originally listed ARM9 cores but has since told us that there are three ARM Cortex R4s inside of the new MDX controller.

The MDX controller features a hardware AES-256 encryption engine that's managed using a system BIOS password like most other drives in this class. 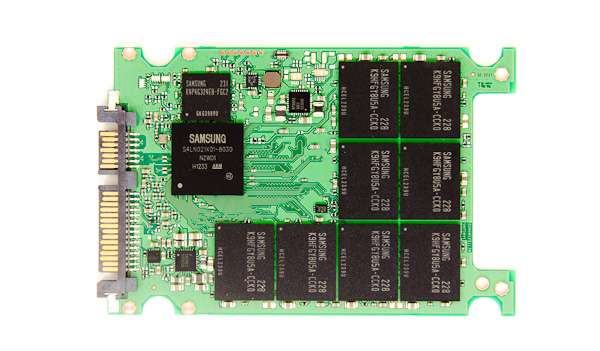 The 840 Pro will be available in 64 - 512GB capacities. Although the controller supports up to 1TB of NAND, Samsung believes that the ultra-high-density NAND required to hit 1TB is too cost prohibitive at this point. Spare area is set at around 7% by default, although users will be able to adjust it via Samsung's SSD Magician utility. The vanilla 840 on the other hand will boast more spare area (likely to help manage endurance on the TLC NAND) and will launch at 120GB, 250GB and 500GB capacities as a result. 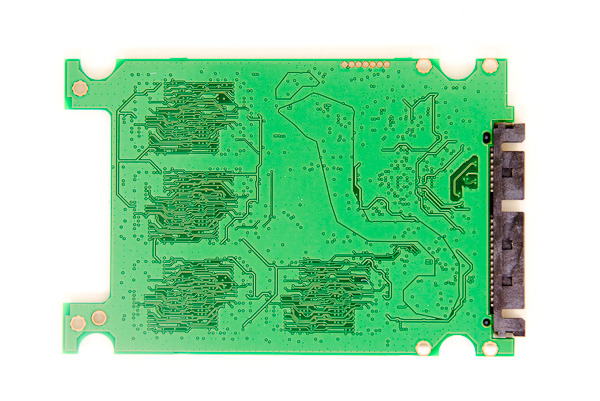 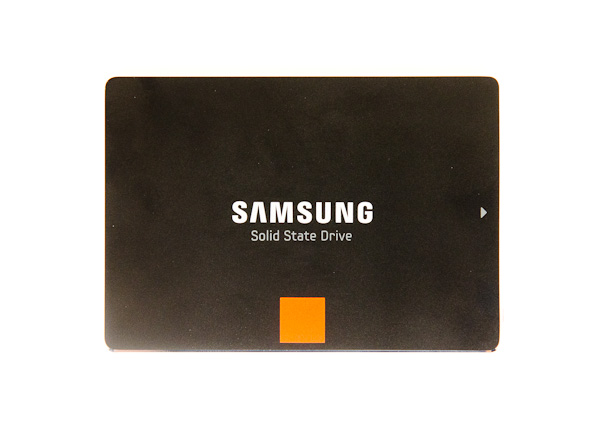 The 840 Pro drops the brushed aluminum look of the 830 for slightly more modern, flat black styling. The drives will be available in a 2.5" 7mm form factor, similar to the 830. 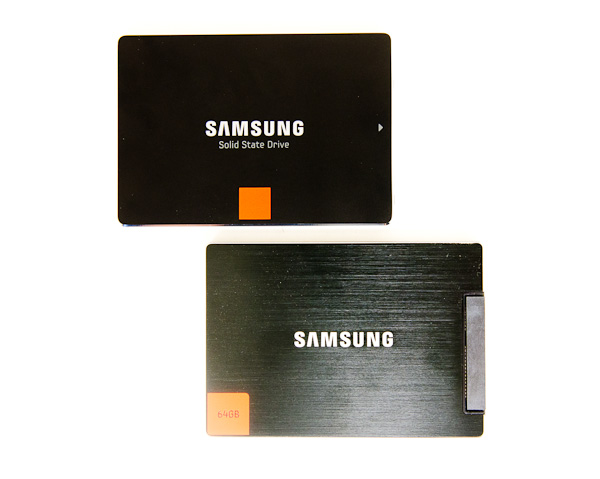 Both drives will be available on October 15th, however in advance of the release Samsung provided us with a beta sample for review. We were only able to get a 256GB 840 Pro initially but we've already asked Samsung for additional capacities. The other bad news is after running through our client test suite and preparing the drive for a run through our enterprise suite, our pre-production sample died. This isn't the first time we've had an SSD die during our test process, pretty much every company has seen a failure during one of our reviews, but despite Samsung's excellent track record even it isn't immune from early issues. These drives are a few weeks away from retail and Samsung will be getting our sample back this week to figure out what went wrong.

Update: My replacement 840 Pro also died, I have shipped both drives back to Samsung and are waiting for their analysis of the failures.

Update 2: It looks like this may have been a firmware issue. Retail drives should ship with fixed firmware.