Originally announced in February of this year at MWC, NVIDIA is finally officially launching its next-generation SoC. Previously known under the code name Kal-El, the official name is Tegra 3 and we'll see it in at least one product before the end of the year.

Like Tegra 2 before it, NVIDIA's Tegra 3 is an SoC aimed at both smartphones and tablets built on TSMC's 40nm LPG process. Die size has almost doubled from 49mm^2 to somewhere in the 80mm^2 range. 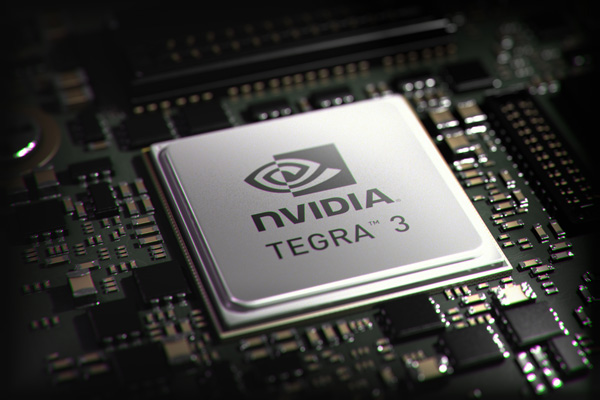 The Tegra 3 design is unique in the industry as it is the first to implement four ARM Cortex A9s onto a chip aimed at the bulk of the high end Android market. NVIDIA's competitors have focused on ramping up the performance of their dual-core solutions either through higher clocks (Samsung Exynos) or through higher performing microarchitectures (Qualcomm Krait, ARM Cortex A15). While other companies have announced quad-core ARM based solutions, Tegra 3 will likely be the first (and only) to ship in an Android tablet and smartphone in 2011 - 2012.

NVIDIA will eventually focus on improving per-core performance with subsequent iterations of the Tegra family (perhaps starting with Wayne in 2013), but until then Tegra 3 attempts to increase performance by exploiting thread level parallelism in Android.

GPU performance also sees a boon thanks to a larger and more efficient GPU in Tegra 3, but first let's talk about the CPU.

The Cortex A9 implementation in Tegra 3 is an improvement over Tegra 2; each core now includes full NEON support via an ARM MPE (Media Processing Engine). Tegra 2 lacked any support for NEON instructions in order to keep die size small. 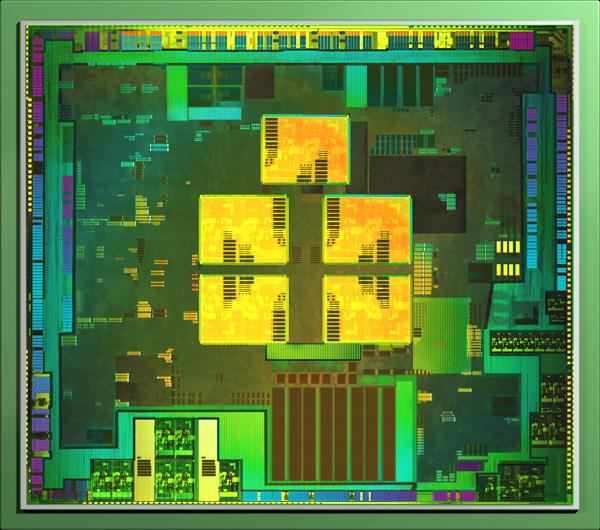 L1 and L2 cache sizes remain unchanged. Each core has a 32KB/32KB L1 and all four share a 1MB L2 cache. Doubling core count over Tegra 2 without a corresponding increase in L2 cache size is a bit troubling, but it does indicate that NVIDIA doesn't expect the majority of use cases to saturate all four cores. L2 cache latency is 2 cycles faster on Tegra 3 than 2, while L1 cache latencies haven't changed. NVIDIA isn't commenting on L2 frequencies at this point. 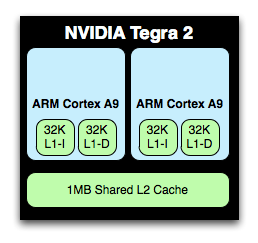 The A9s in Tegra 3 can run at a higher max frequency than those in Tegra 2. With 1 core active, the max clock is 1.4GHz (up from 1.0GHz in the original Tegra 2 SoC). With more than one core active however the max clock is 1.3GHz. Each core can be power gated in Tegra 3, which wasn't the case in Tegra 2. This should allow for lightly threaded workloads to execute on Tegra 3 in the same power envelope as Tegra 2. It's only in those applications that fully utilize more than two cores that you'll see Tegra 3 drawing more power than its predecessor.

The increase in clock speed and the integration of MPE should improve performance a bit over Tegra 2 based designs, but obviously the real hope for performance improvement comes from using four of Tegra 3's cores. Android is already well threaded so we should see gains in portions of things like web page rendering.

There's of course a fifth Cortex A9 on Tegra 3, limited to a maximum clock speed of 500MHz and built using LP transistors like the rest of the chip (and unlike the four-core A9 cluster). NVIDIA intends for this companion core to be used for the processing of background tasks, for example when your phone is locked and in your pocket. In light use cases where the companion core is active, the four high performance A9s will be power gated and overall power consumption should be tangibly lower than Tegra 2.

NVIDIA handles all of the core juggling through its own firmware. Depending on the level of performance Android requests, NVIDIA will either enable the companion core or one or more of the four remaining A9s. The transition should be seamless to the OS and as all of the cores are equally capable, any apps you're running shouldn't know the difference between them.