Honestly, there isn’t much to talk about the Bold 9780 except for the fact that it is the first non-touchscreen BlackBerry device to come with version 6.0 of the BlackBerry OS. With Brian having done in-depth coverage of the BlackBerry Torch 9800 and OS 6.0 already, and with very few physical or software changes between the Bold 9780 and the previous Bold 9700 (since the 9700 can in fact be updated to version 6 of the BlackBerry OS), the 9780 is in essence an iterative design with more RAM (512MB) and a better camera (5MP Autofocus) from BlackBerry’s increasingly difficult to distinguish range of devices. However, there are a few interesting updates since our last look at BlackBerry OS in the Torch, so that's where we'll focus our efforts in this article. 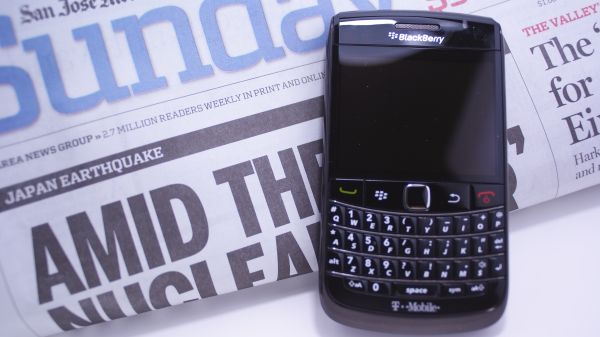 As mentioned above, the Bold 9780 is nearly identical to the earlier Bold 9700. Even the most trained eye will find it next to impossible to identify one from the other. Not that this is necessarily a bad thing since the 9780 does look handsome in the typical BlackBerry-esque understated manner, but with there being almost a year’s gap between the release of the two and with Nokia showing that there is potential room for improvement with QWERTY-design templates in its transition from the E6x/E7x to the E5, it doesn’t really look like RIM even bothered trying. That's somewhat sad, as the Torch is a pretty handsome and well put-together device that manages to look different while still retaining the BlackBerry design DNA.

At a hardware level, the Bold 9780 and Torch 9800 use the same CPU and GPU, with the same 512MB LPDDR1 memory. The Torch also comes with 4GB integrated NAND, a 4GB microSD card, and a larger 3.2" display, giving it a slight edge in a couple areas. The Bold counters with a slightly higher capacity battery and a smaller form factor. With a few updates to OS 6 since our last look, performance differences are largely going to come from the software side rather than the hardware.