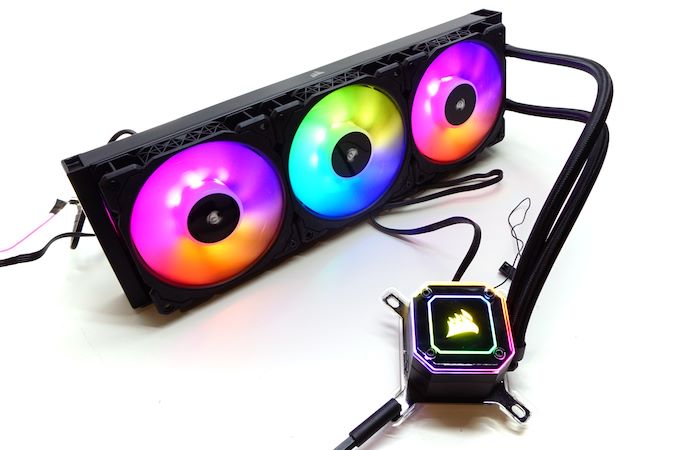 Corsair is one of the oldest and most reputable PC component manufacturers in the PC market. The company’s origins lie with memory-related products but, nearly two decades ago, the company slowly began diversifying into other segments of the market. While their initial attempts were reluctant, releasing but a couple of products each time, most of these attempts were highly successful and drove the company to grow massively into the entrepreneurial (and recently IPOed) giant that they are today.

These days, one of Corsair’s most successful product segments is that of all-in-one (AIO) liquid coolers – an ironic outcome considering that liquid coolers were the company’s first unsuccessful diversification attempt back in 2003. Corsair did not give up on liquid cooling though and several years later, when simple and maintenance-free AIO cooler designs appeared, Corsair successfully launched their own AIO coolers. Today, AIO coolers are one of Corsair’s most popular group of products, with the company retailing over a dozen different models at this point of time.

In this review we're taking a look at our first cooler from Corsair's new Elite Capellix series of AIO coolers, the H150i Elite Capellix. Like previous H150 AIO coolers, this is a 360mm (3x120mm) cooler, the largest that Corsair makes and ostensibly offering the best cooling performance thanks to its hefty radiator size. For cases that can fit the sizable cooler, the H150 series typically addresses both end of the performance spectrum, offering modest cooling at very low fan speeds (and thus noise levels), or top-tier cooling at more normal fan speeds.

For their new Elite Capellix generation of coolers, Corsair has given their product lineup another layer of polish. Along with incorporating the latest and greatest from Corsair in terms of MagLev fans and pump heads, Corsair has focused on making the Elite Capellix series “Smart” AIO coolers, adding an advanced Commander CORE module into the bundle. A combination fan and RGB lighting controller, the Commander CORE greatly enhances the programming flexibility of the cooler’s performance and lighting features, allowing it to control fans and lighting throughout an entire system. 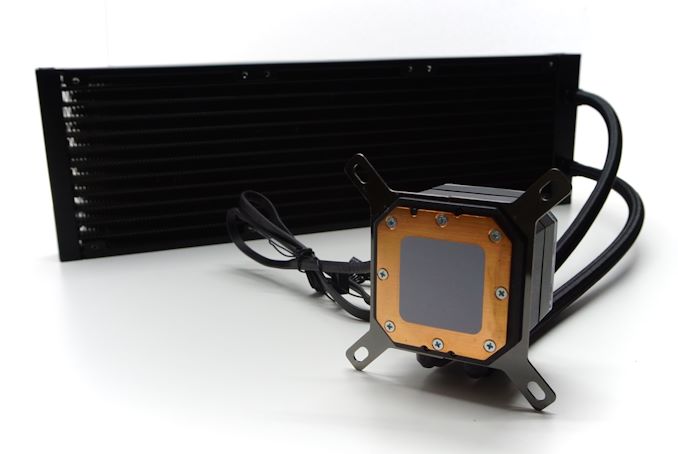 We received the new H150i Elite Capellix in a long cardboard box, hinting the size of the cooler. Corsair is currently shipping most of their products in artistically similar black/yellow themed packaging and this cooler is no exception. A colorful picture of the H150i covers the relatively simple front of the packaging. Inside the box we found the cooler and its parts well protected by custom cardboard inserts.

As expected, Corsair includes all of the necessary mounting hardware into the box. The H150i Elite Capellix supports most of the current consumer CPU sockets, including sTR4/sTRX4 for AMD Threadripper CPUs, the mounting hardware for which are also included in the bundle. Corsair also includes an alternative main block cover for aesthetic purposes. 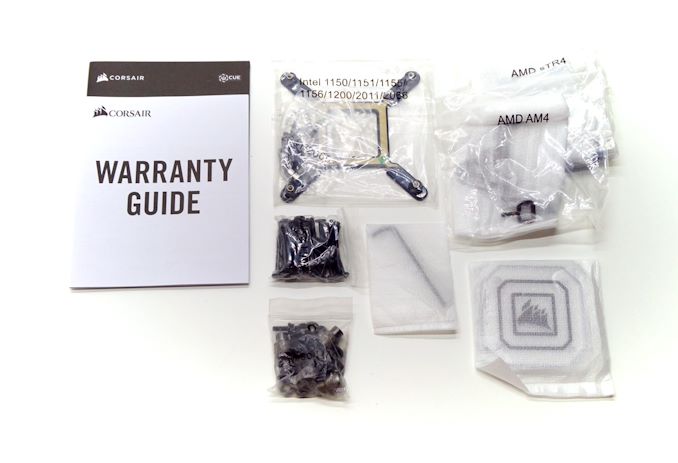 Corsair supplies a Commander CORE module alongside with the H150i Elite Capellix, which essentially is a version of the iCUE Commander Pro RGB controller that the company retails as a stand-alone product, simply tailored to control the RGB lighting of the liquid cooler instead. Nevertheless, it sports six fan power and RGB LED connectors, allowing users to install up to three additional compatible fans, enabling either push-pull configurations or the control of system fans. 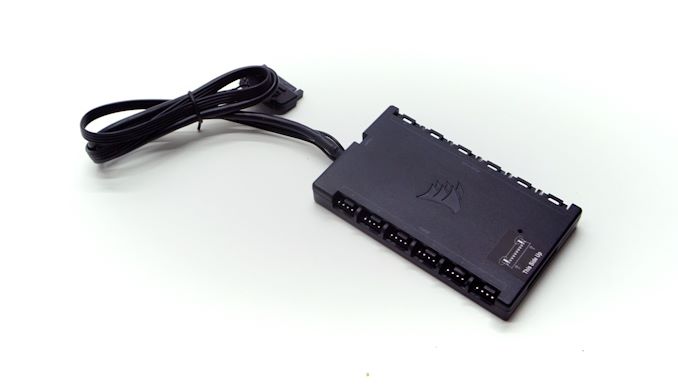 The included three ML120 fans feature cutting edge magnetic levitation engines, with their specifications suggesting extraordinary longevity. Unlike all classic designs, these engines magnetically repel the fan’s rotor, greatly reducing friction. Lower friction should lead to significantly superior overall performance and longevity, as well as lower energy consumption, which explains the low current requirement for the rated speed of 2400 RPM. The fans have frosted blades and a black frame, with eight RGB LEDs each. 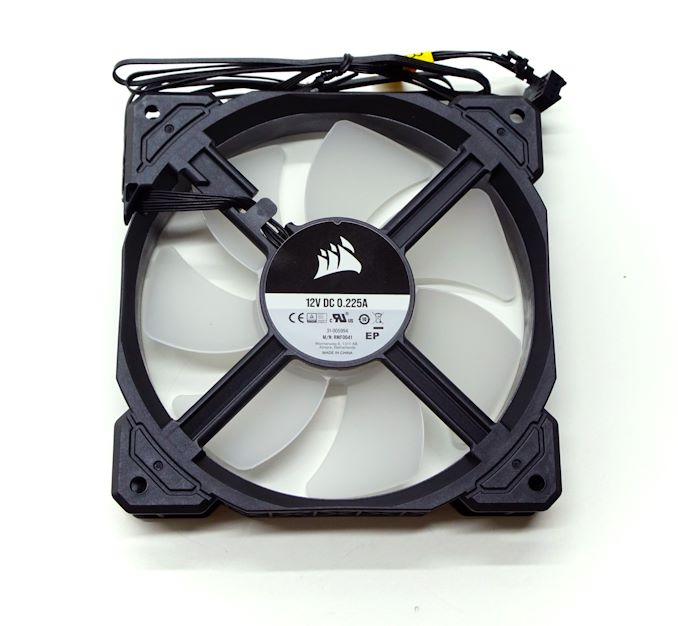