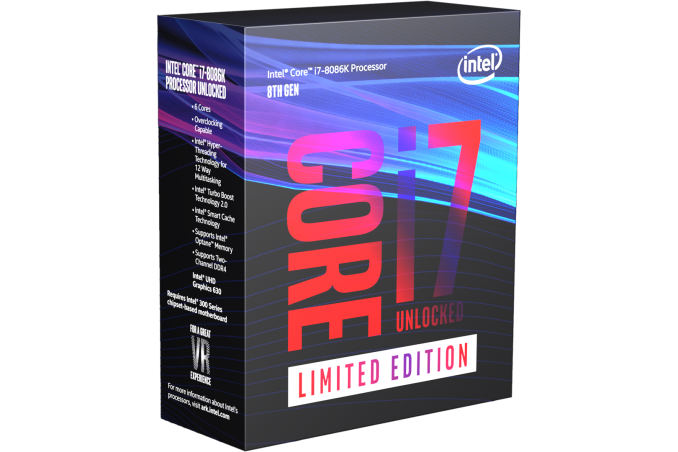 Alongside the announcement of their new x86 anniversary-themed hex-core processor, the Core i7-8086K, Intel also announced that they would be giving a significant portion of their inventory away as part of a massive, globe-crossing giveaway. In total, Intel is producing just 50,000 units of the specially binned Coffee Lake CPU. And of those, 8,086 – or about 16% – are slated to be given away starting tonight.

At 8pm Eastern (midnight UTC), Intel will be running a series of national 24 hour sweepstakes for the processors. Besides being notable for the sheer number of processors being given away – I simply cannot recall the last time any single event gave away 4-digits' worth of CPUs – an interesting quirk of Intel’s giveaway is that they are allocating a fixed number of CPUs in each sweepstakes nation. For the US this means 2,086 processors, another 2,000 for China, etc. Canada, South Korea, Taiwan, and other countries are also part of the giveaways. So while the giveaway crosses parts of the globe, the odds in any given nation are still decent, especially for places like Canada and Taiwan.

Note that this is a 24 hour giveaway; Intel is moving fast here and will be drawing winners next Monday. So for a shot at winning a CPU that, while lacking an official price, Intel is valuing at $425, there’s a relatively short window to enter. Otherwise this leaves 41,914 processors to be split between retail and OEMs, and while the $400+ price tag makes it decidedly un-cheap, I don’t imagine that Intel is going to have much trouble selling all of them.